It’s been about two months since the second Hero-U Kickstarter campaign closed, and we’re making great progress in every area of the game. The current focus is on the thousands of tiny details that lift a game from “acceptable” up to “excellent”.

If you receive this update more than once, that means you contributed to the project in both Kickstarter campaigns, or on both our website and Kickstarter. In that case, make sure you read the section on “collapsing” your pledges into one pledge. This post is part of the November 2012 Kickstarter campaign. 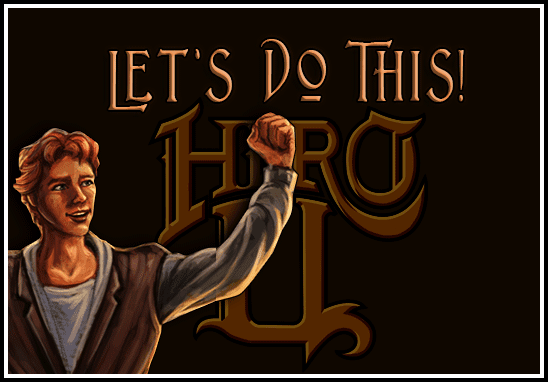 Later this week you will receive a link to a backer survey on BackerKit. We are using their service to track pledges, add-ons, address changes, and fulfillment accurately. The tricky part on our end has been combining pledges – especially those with add-ons – from our 2012 and 2015 Kickstarter campaigns, PayPal, and Humble Bundle into a single database.

In some cases, we were not able to do this. As a result, BackerKit will send new surveys to all of our backers from both campaigns. This will give you a chance to update your address and any other information that may have changed in the last couple of years. You will also get the opportunity to specify or request add-ons such as meep plushies, posters, and many others.

If you backed at the $20 level in both campaigns, we have automatically merged (“collapsed”) the two into a single pledge at a new $40 level that includes all of the promised rewards.

If you backed at any other level in both campaigns, you may choose to keep the pledges separate. You would choose this option if you want the rewards from one of the pledges to go to a friend. We expect that this will be a rare choice – most of you will prefer to “collapse” your pledges into a single larger pledge. Here’s an example of the BackerKit invitation page showing how to do that: 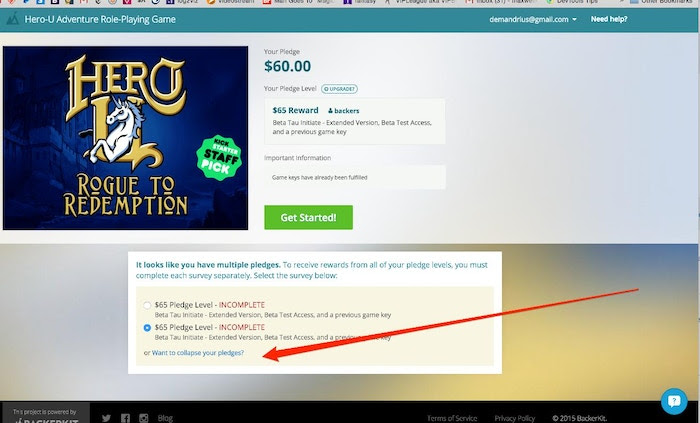 How to Combine Pledges on BackerKit

If you choose the “collapse pledges” option, the extra funds from your pledge will be available to order add-ons or to move up to a higher reward level. If you can’t do that within the BackerKit interface, there will be a support option you can use to request a reward level change.

Please respond to the survey as soon as you receive it even if you answered our previous Hero-U survey in 2013. We plan to ship most of the add-ons in November to help backers who want to use them as Christmas gifts. We need accurate add-on numbers as soon as possible so that we can order the add-ons in time for November shipment.

Joshua continues to improve the tactical combat system features. We now take account of movement in combat including tactical retreat (also known as “bravely run away!”) Al has improved the combat animation and added more attack and defensive moves and reactions.

Here’s how the tactical combat grid looks in the debugger – the color-coded “pegs” show where enemies are allowed to go, and which areas they try to avoid. The grid makes enemy movement look more realistic and causes some “emergent behavior” that helps make combat less predictable.

I also think the grid is really pretty – maybe we can make it into a different type of game someday. More importantly, it’s useful. 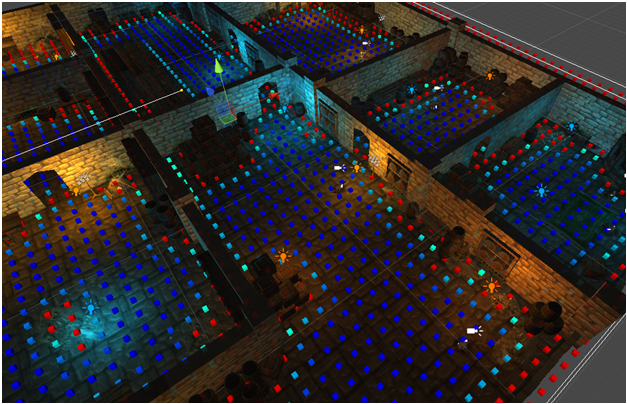 Our other team programmers – Cidney, Jonathan, Robert, and Judy – are concentrating on improving the Composer game design tool, cleaning up the game interface, integrating 3D art and animation, and generally raising the quality of the game play and appearance. Every piece of the game needs to be “just so” as we continually refine and polish the game.

One of the stretch goals in the recent Kickstarter was “improved animation”. Former Sierra animator Al Eufrasio is now working full-time at bringing the characters and monsters of Hero-U to life.

There’s more to it than meets the eye – for example, students with capes have had trouble sitting down because their capes like to float through the backs of chairs. Some looked disproportionately large when sitting, and some seemed to float in mid-air. All of them tended to slide out of the way if Shawn walked too close to them.

As with everything else in Hero-U, we’re trying to walk a tightrope with character animation – it needs to make the characters feel alive without breaking the budget or adding too much time to the schedule. When in doubt, we try to err on the side of “make it look better”.

Speaking of tightropes, Lori recently added a tightrope challenge back to the rogue practice area. This is a side-effect of reaching the Gog Temple stretch goal. Shawn needs to have good climbing skills for the Temple, which means we needed to add a way for him to practice them. It helped that we can rely on Al to animate climbing and walking the tightrope.

Our dynamic duo of background artists – John Paul Selwood and Aaron Martin – continue to amaze us with great concept pieces deftly converted to full 3D environments. JP is also creating dozens of single-frame images for transitions and exposition. These fill out the story without the need for complex custom animation sequences or movie “cut scenes”. For example, the alley scene after Shawn escapes from the “break-in house” tells the story in a single image better than any movie.

These are just a few of the thousands of details involved in making a graphical adventure game. In some ways, it’s easier than an animated film because we are not creating custom animation for every event of the game. In other ways, it’s harder – each animation sequence has to work throughout the game. 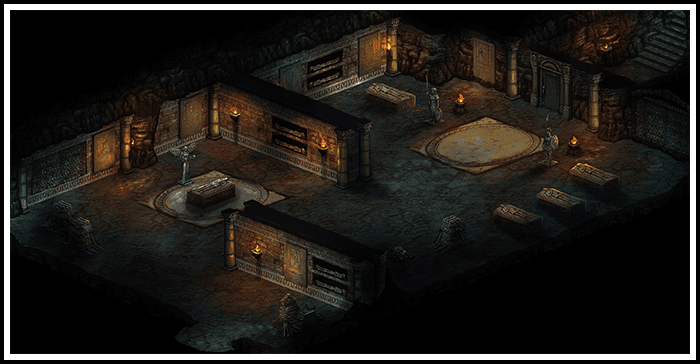