Truth and Consequences in Hero-U: Rogue to Redemption

In the long-running game show “Truth or Consequences”, Bob Barker and the other moderators asked guests to answer difficult questions in two seconds. When they almost inevitably failed, they had to do something embarrassing (and funny to the audience) as a consequence.

There is no time pressure in Hero-U, but the consequences are still there. We like to give choices that matter to our players. This is especially important in Hero-U: Rogue to Redemption because Shawn does not start out as a paragon of virtue. He is a rogue and is trying to survive through stealth, guile, and subtlety. How he does that is up to you, the player.

There are no absolutely right or wrong choices in Hero-U, but there are always consequences. Tell a little white lie to a friend, and you can make them happy… unless they later find out you told a lie. The game doesn’t end, but relationships change. Those relationships influence later story elements and sometimes open up new possibilities.

The most serious consequence in life or a game is death. Originally we did not plan to allow Shawn to die in Hero-U, but backer feedback has reminded us that the possibility of death can have a positive effect on game play. Lori recently wrote about our new way of handling the chance of death in http://www.hero-u.net/leaders/a-matter-of-life-and-death/.

Truth has its place, but a Rogue sometimes chooses a flexible approach to what is true. Just be ready to face the consequences of your decisions. Death is always waiting, but Shawn is pretty good at cheating it… as long as you make good choices. 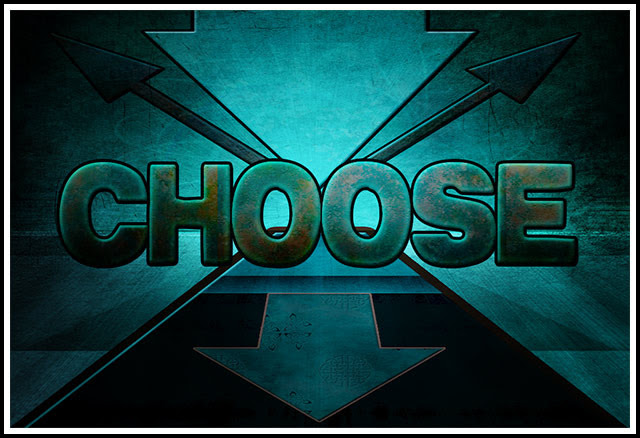 I emailed our “Insider Access” backers a few weeks ago to tell them about the new “inside Hero-U” reports we’re posting to their Humble Bundle pages. A few of you wrote back to say you had trouble finding the first report. It isn’t obvious!

On your Humble page, look for the line (just under the preview video currently) that says “Choose platform”. If you have insider access ($175 tier and up), you will see “eBooks” as the last entry on that line. Click on eBooks to see the PDF file with our first insider access report covering January through March 2013.

Chris Fong has written the second report, covering April to June 2013. I plan to post that article to all of the insider access pages this week. We will add two more quarterly reports covering 2013. After that, we will probably go to monthly reports for 2014 and onward. Even after we release Hero-U, we will continue to document the marketing, game enhancements, and development of future games in the series.

We will also continue to keep everyone up to date here on Kickstarter, but the insider reports will have more details from our regular weekly development meetings.

The Kind of Games We Make

Lori and I are best known for our Quest for Glory games (originally called Hero’s Quest) at Sierra On-Line in 1989 through 1998. Two entertaining bloggers who specialize in replaying and rating “early” computer adventure and role-playing games are currently covering Quest for Glory II: Trial by Fire.

For the adventure gamer perspective, The Adventure Gamer’s take on Trial by Fire began at http://advgamer.blogspot.com.au/2014/07/game-45-quest-for-glory-ii-introduction.html. He also wrote about Hero’s Quest: So You Want to Be a Hero (later renamed to Quest for Glory 1) starting with this article: http://advgamer.blogspot.com.au/2012/11/game-26-heros-quest-introduction.html. I occasionally comment on his blog, and highly recommend it.

The CRPG Addict, as you would expect, looks at games from a role-playing viewpoint, so his rating criteria are different from those of the Adventure Gamer. Still, I am proud to say that both chose Hero’s Quest as their favorite game of 1989. The Addict’s articles on Trial by Fire begin at http://crpgaddict.blogspot.com/2014/07/game-154-quest-for-glory-ii-trial-by.html.

His entries on Hero’s Quest began with this preview –  http://crpgaddict.blogspot.com/2012/11/game-77-heros-quest-so-you-want-to-be.html. After rating the game in late 2012 playing as the Thief character, CRPG Addict returned to the game as a Magic User in this article – http://crpgaddict.blogspot.com/2014/06/revisiting-quest-for-glory-so-you-want.html.

On both sites, use the sidebar “Blog Archive” feature to find the rest of the articles in each series. While we’re back in Hero’s Quest, here’s a picture a fan sent us recently – the infamous Antwerp in action on her arm: 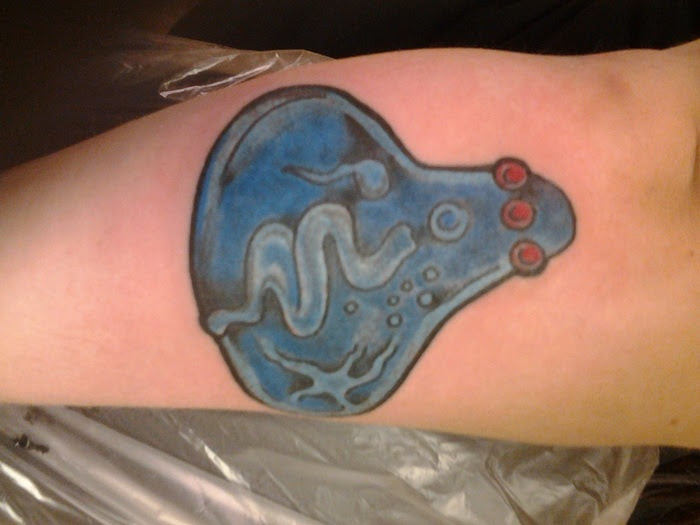 Oded Sharon has posted a one week Kickstarter project for Bolt Riley – A Reggae Adventure Game. The reason for the short campaign is so that the project can slip in under the final days of the OUYA #Freethegames fund matching program. The new goal is very reachable with a bit more support from adventure game fans. Please spread the word.

Lori and I consulted on this game in late 2011 to early 2012. Our work was mostly on part 2, so will not appear in this first game chapter, but a successful campaign could lead to later production of the 2nd and 3rd chapters. 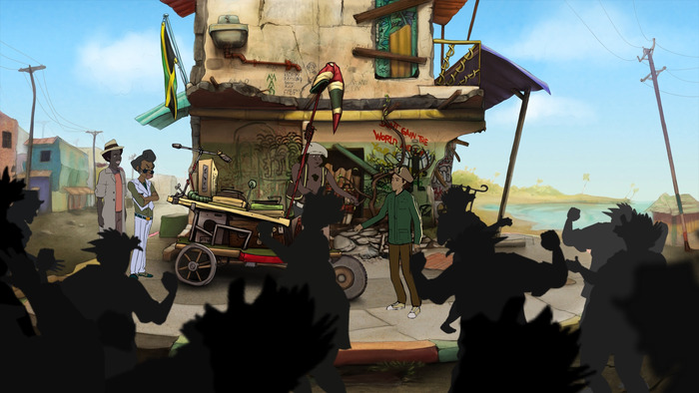 The game is the story of a poor young man in Kingston, Jamaica who wants to become a musician. You help him achieve his goals by solving adventure game puzzles. The soundtrack is reggae music.

The Bolt Riley Kickstarter page is at https://www.kickstarter.com/projects/soundguy/bolt-riley-a-reggae-adventure-game-chapter-1.
In Inherit the Earth: Sand and Shadows (https://www.kickstarter.com/projects/1867564967/inherit-the-earth-sand-and-shadows), intelligent foxes and other furry creatures try to prosper in a hostile world. The game is characterized by a lush art style, strong story, and challenging puzzles. I enjoyed the first Inherit the Earth:Quest for the Orb game. 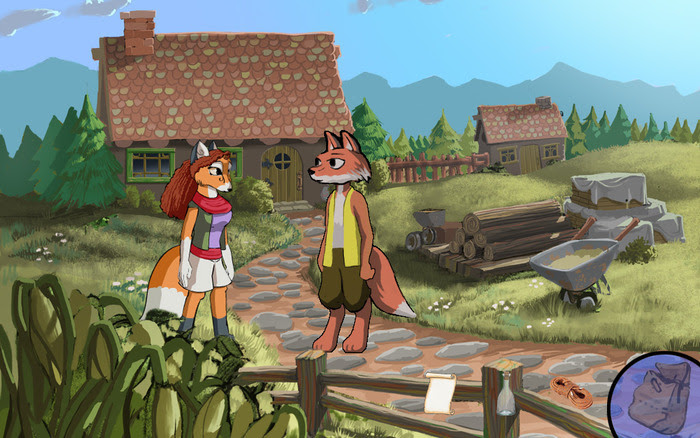 Inherit the Earth: Sand and Shadows

I’ve gotten a little tired of games, films, and TV shows that keep getting darker, grimmer, and more horrific. Inherit the Earth has drama, but is more upbeat in graphics and story. I’d like to see more games like this. The developers will need a strong push to reach their Kickstarter goal.

Jenny LeClue (https://www.kickstarter.com/projects/mografi/jenny-leclue-a-handmade-adventure-game) is a beautiful choose-your-path adventure game looks like a big budget animated film. Thanks to some very dedicated volunteer developers, the campaign has a modest goal and a realistic ship date. I could learn from their project scheduling.

The art is terrific, the developers have a sense of whimsy, and Lori and I think this will be a fun game. I’m sure they could use some extra support to help them improve Jenny LeClue and build up their team. 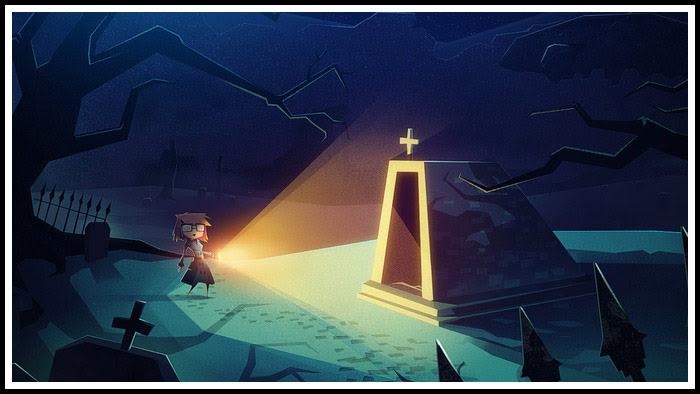