Let’s Go To the Movies

I shared our new teaser trailer video to backers last month, and our playable demo last week. Now it’s time to share the video with the world. Please tell all your friends to check out the trailer at http://www.youtube.com/watch?v=DRKycVbHce4 and spread the word.

Graphic adventure games are unique, living at the intersection of stories, animated films, puzzles, and interaction. Game producers have always argued about the best ways to design them. Some developers start with the challenges, some with the graphics, and some with words.

For Lori and me, every game begins with a story. We choose a setting, populate it with interesting characters, and ask, “What is life like for them? What are their problems, and how can the player help solve them?” Once we know the story, we can work with our team to create images and code that enhance the story.

The key word there is “work”. Here we have our story at the heart of a game, but 90% of the work goes into the presentation. Brian Moriarty, when he moved from creating text adventures for Infocom to the graphic adventure LOOM at LucasArts, probably said it best: “The problem with graphic adventure games is that you can’t do anything that you can’t show, and you can’t afford to show anything!”

Let’s call our story the “first dimension” of a graphic adventure game.  It’s critical, but not enough by itself. 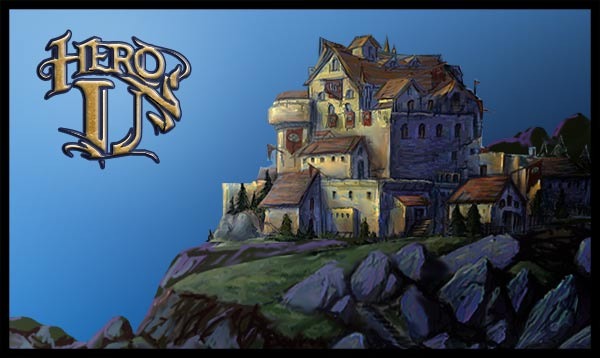 The Castle on the Rocks

The Second Dimension – Graphics and Animation

One important lesson we learned from Quest for Glory V: Dragon Fire, and that was “avoid 3D”. Dragon Fire was the only game on which our team went way over schedule and budget. Three years of development on two different graphics engines and tons of 3D art were the main culprits.

Hero-U was supposed to be a simpler game with a simpler artstyle than Dragon Fire. So we reached out for artists experienced with traditional 2D cell animation. All of the Sierra artists in the early 90’s were adept at that, and the programmers just dropped the animations right into the game, so how hard could it be with modern tools and faster computers?

It seems we forgot about the part where Sierra put millions of dollars into developing the tools and engine for making that 2D art so easy. Unity3D has “3D” in their name for a reason; they are only now releasing a version designed to help develop 2D games.

Here’s some of what it takes to get a single 2D character to walk:

That’s all hard and time-consuming. Worse, the 2D animation in the demo just isn’t good enough for our game. 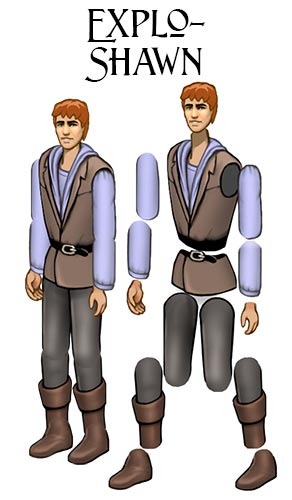 Into the Third Dimension – 3D Characters

That’s when Lori and I realized that not all of the 1998 rules still apply in 2013. Today 2D animation is harder than 3D. All experienced animators know how to work with 3D tools and Unity3D is optimized to use them. They take less time to animate, not more, and also less money. The question was whether we had tied our fates to the wrong technology for too long, and whether we had any choice.

Then fate intervened. We had volunteered to give a talk at the IGDA Summit in San Francisco. Sharing the same hotel was Casual Connect, a conference with a huge exhibit area. That’s where we encountered the Concept Art House (CAH) table. Lori and I were both very impressed by their outstanding game art portfolio.

As it turns out, both James Zhang and Daniel Roh of CAH are Quest for Glory fans, and they promised they could find a way to help us. “Small budget? No problem.”

We gave them a test character to model, and we were blown away – They gave us 3D art that looked even better than the 2D drawings they started from. Just as importantly, the 3D character worked perfectly in Unity.

CAH Gives Shawn a Case of the Polygons

We have now signed a deal with Concept Art House for them to model and animate all of our characters and monsters in 3D for a reasonable price and on a reasonable schedule. Actually, the schedule is better than reasonable – Every day we get new models and textures from CAH, and they are all outstanding.

Our team artists continue to focus on the game backgrounds, objects, interface, yearbook, and the many other art needs of the game. We’re incredibly excited about the new partnership and the amazing character art we will be adding to Hero-U: Rogue to Redemption.

Shawn Has Depth of Character!

To the Fourth Dimension and Beyond!

We feel as though we’ve taken one small step into the 21st Century with our new character animation. Although we have an enormous amount of work to do on the game, we are feeling very good about our new development processes.

It won’t be fast; it certainly won’t be easy. But we’re getting it done, and the game will be much better with the new animation and the complex game behavior we are able to build into Hero-U: Rogue to Redemption.

Think of it as the fourth dimension of our graphic adventure. 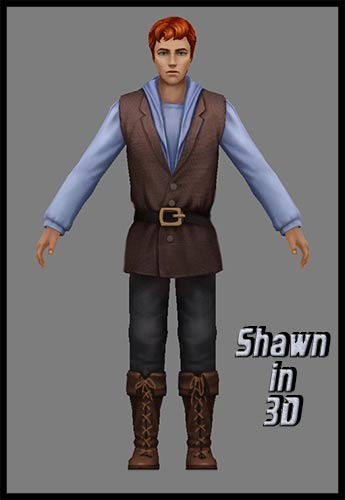 The projects I mentioned in the previous backer-only post are in their final days.  Here are two more interesting games mentioned by our backers:

Read Only Memories: A New Cyberpunk Adventure Game (http://www.kickstarter.com/projects/gaymercon/read-only-memories-a-tribute-to-90s-adventure-game/) is a retro-style Cyberpunk adventure game.  It appears to use 16-color graphics – quite a challenge.

The Mandate (http://www.kickstarter.com/projects/1964463742/the-mandate) is a slick-looking science fiction RPG.  It also features adventure aspects, space battles, and exploration, so it looks like a cross between an RPG and a 4X game.

Hello dear and fateful backer buddies! The last couple of weeks have been a bit slow in terms of cool items to show you. Don’t take that the wrong way. The team has all been busy working on various things, but it has mostly been a lot of behind the scenes stuff.

The Unity 4.3 update (our game engine of choice) was released last week and one of the things we’ve been looking into is how to leverage some of the new features. 4.3 features a whole new 2D kit that could potentially help our efforts tremendously going forward. Unity has also introduced some new animation tools involving their Mechanim system. This is all great news because we are gonna be able to hopefully make use of a lot of this in different ways 🙂

There is quite a bit of new artwork that Mark and his team have been working on that I wish I could show you. At this time, he’s not quite ready for me to post anything, but I’m hoping by next update, he’ll be ready to divulge some of the cool stuff that has been put together.

Some of you have made it known that you would love to hear about some of the “under the hood” stuff going on code wise with the game. Our Senior Developer Tyler is now going to be posting in the SV Rewards website. So for the code monkeys out there, his post will especially be for you!

“Get ready for a full hour of juicy fun! The Historian delves deep into Space Quest IV and uncovers a host of hidden voice files. Brandon Blume and Sierra composer Ken Allen talk about the SQ4 soundtrack, and the SteveBot returns to talk about the hidden alternate path that was supposed to be in SQ2VGA. Jason Pullara, a.k.a. LordKat, caps things off with a calm and collected spiel about the usefulness of glowing gems. It’s a full hour’s worth of Space Quest extravaganza!” 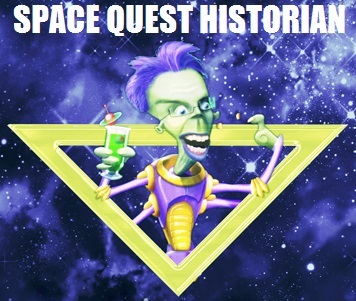 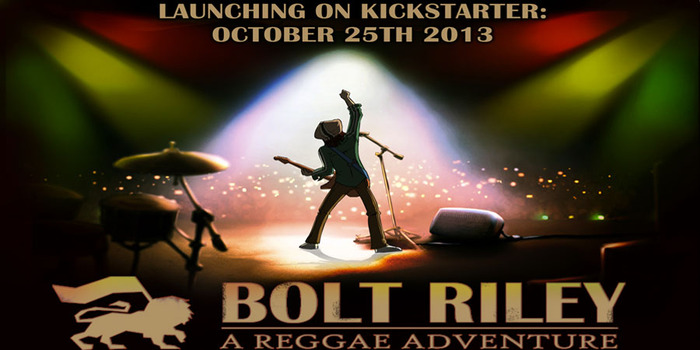 Think you know your Gabriel Knight games? Think you could guess a screenshot from just a portion of a room? Could you guess what room and what game it’s from?

Well, how about taking the challenge and joining us Gabriel Knight Screenshot Game. There’s also one for King’s Quest, Leisure Suit Larry, Police Quest, Quest for Glory, and Space Quest!

So come by and check it out! Match your wits and skills against other Sierra fans!

Hey everyone! So tomorrow I will be at the GMX convention in Nashville TN. I’ll be traveling there early and will be tied up the whole entire day, so I thought I’d get this Kickstarter update out for you today. Happy Halloween and thanks for understanding! 🙂 By the way, as a side note, Scott Murphy and our Senior developer Tyler Drinkard have also decided to join me at the convention! If you’re anywhere nearby and can come meet up with us, we’d love to meet you!

WHATS BEEN HAPPENING ON THE PROJECT RECENTLY?

This past week has been an insanely productive time. As previously mentioned, a major part of what has been taking so long is all the “under the hood” stuff that needed to happen on SpaceVenture. Now that we have a great system for adding new elements to the game and making them do our bidding (evil Halloween laugh), we are finally moving at the pace we feel we should be moving.

Scott, Mark and I traveled to South Carolina and closed ourselves up in Tyler’s house for four straight days. We decided us getting together would be a good chance for us to make 100% sure we all got a grasp on the newly updated event system and scripts. This also gave us a chance to talk about a portion of the game that happens towards the end that has always felt incomplete as far as story and puzzles go. I’m happy to report, we got that fleshed out! I posted a small diary post about it here if you’d like to read! (Don’t forget that if you don’t have an SVRewards account, email pcj@andromedanpost.com )

We were averaging 12-16 hour work days, but did manage to occasionally sneak away to feed our faces! 🙂 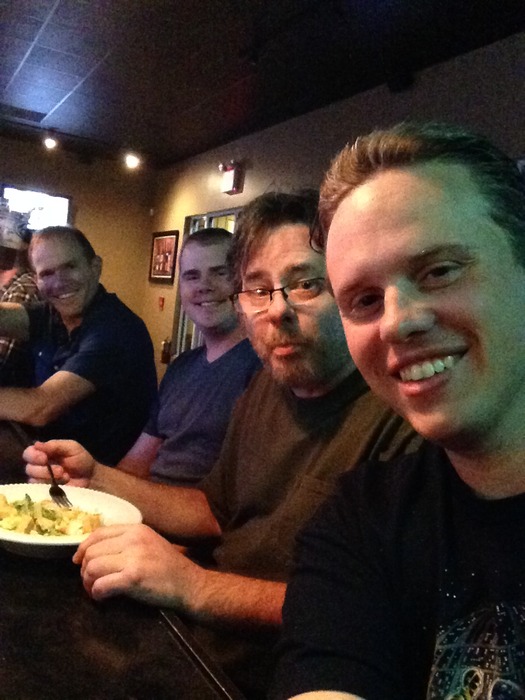 We also had a chance to record some behind the scenes footage while we were all together as well! And for the first time in 22 years, the Two Guys put some of there Andromedon costume on. 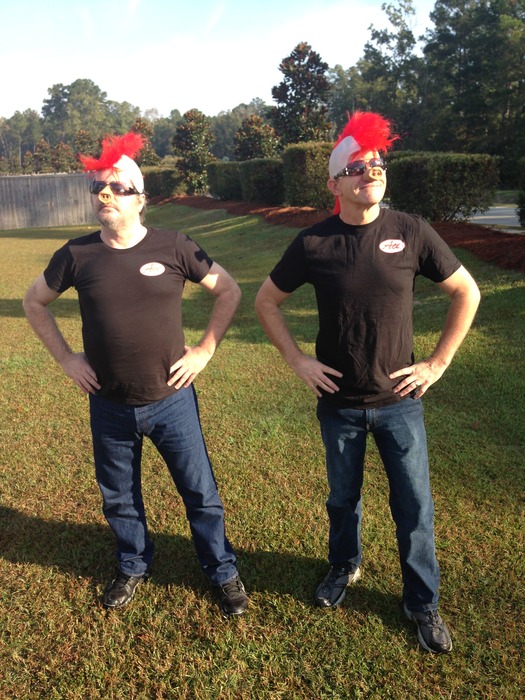 We thought it would be cool to show case some of the SpaceVenture team in some upcoming videos. Here is a short video put together of our Head Animator, Mike Penny!

Strap into your space jockeys and fly off into the nebulous with The Space Quest Historian, a bi-weekly show of all things tenuously related to Space Quest, SpaceVenture and The Two Guys From Andromeda. Soon the podcast will be available in iTunes, but for now, you can listen to it HERE! 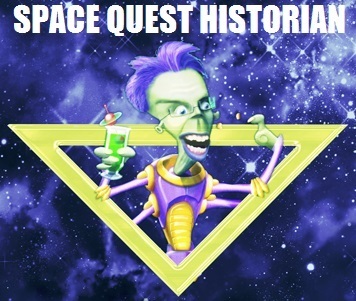 Our friends at Adventure Mob, not to mention Lori and Corey Cole, have got a really excited Adventure game that needs funding! 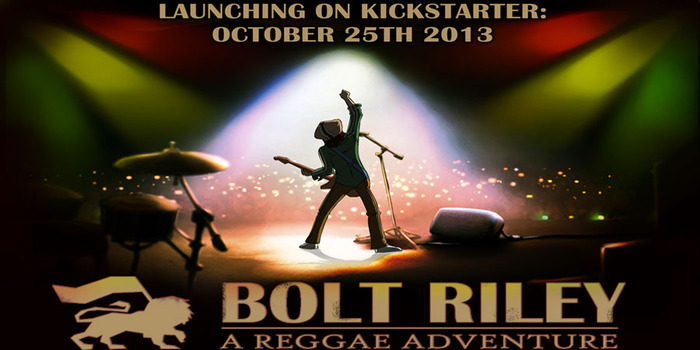