August was a very exciting month for the Hero-U project. We made significant progress in art, programming, writing, and design. We also made some important decisions that will affect the entire game series.

Eric and Paul have completed the portraits for the Yearbook, and they look fantastic! Each portrait has been brilliantly painted and dressed up in official Hero-U robes. 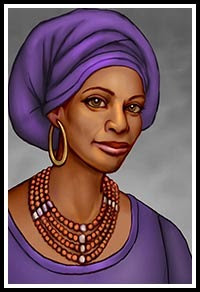 I divided the Yearbook-level backers into seven categories – Warrior, Rogue, Wizard, Paladin, Bard, Scientist, and Foodie – according to each backer’s flavor text, name, and comments. We had no idea that Hero-U would include a Science Division and a Culinary Academy when we started this project!

Naturally all of the backers who submitted dog or other animal portraits are listed as Foodies – Dogs love to eat.

The Yearbook is not just a place to showcase our fabulous backers. It also contains information about the University professors and staff.

Hero-U: Rogue to Redemption has gone through many changes in art direction. Originally we envisioned it as a 2D top-down “dungeon crawl” game in the style of MacGuffin’s Curse. We upped the ante on the art by bringing down the camera for an isometric look, but still using tiles to build the images. Then we made it look more like a classic Sierra game, but still isometric.

Since then, the look of the game has continued to improve and evolve. Earlier this year I announced that we have abandoned 2D animated characters in favor of full 3D characters modeled by Concept Art House. We have been using a mixture of 2D and 3D props and furniture, with the code going through contortions to make the 2D props look 3D.

Then along came Chris Willis, former Sierra artist and 3D specialist. Chris has done an amazing job modeling 3D scenes that duplicate the feel of JP’s painted backgrounds. As a result, we are moving farther and farther away from the concept of using tiles to create our scenes. Each scene is now a unique piece of 3D art. 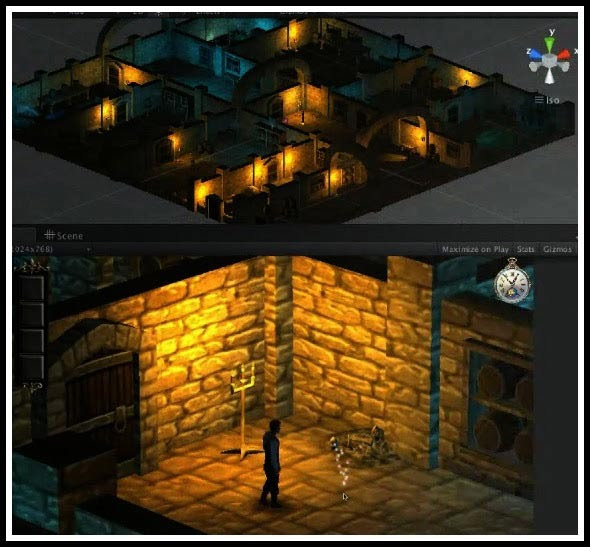 Our last bastion of tiles in the game was the combat movement interface. By building everything on a grid of tiles, we had an easy way to specify positions and places where the player can move. The problem? Sometimes this resulted in stiff-looking animation or jerky movement.

In the meantime, we’ve changed some fundamental systems including the combat interface. By eliminating Action Points, we no longer need movement tiles. So Jonathan changed to a smoother movement system that looks much better. It’s also simpler, works better with Unity’s built-in systems, and has lower overhead.

Result – Goodbye, tiles. The system is now fully 3D and the game looks better than ever.

Further result – For the rest of the series, we plan to use all 3D assets. Everyone who has been struggling with making the 2D art work is much relieved.

If you backed Hero-U at one of the “insider access” levels ($175 or higher), check your Humble Bundle Hero-U page by clicking on the “eBooks” button just to the right of “Choose platform”. We’ve posted a second Insider newsletter covering March to June 2013. Chris has written the third newsletter (July – Sept. 2013) and we will post it this week once we finish adding illustrations and formatting. We will keep posting these insider reports throughout project development.

Love, Hate, and Women in Gaming

We have been very disturbed by the degree of hate towards indie game developers, and women developers and players in particular, on many web sites. Personally I think it comes from jealousy – The commenters want the publicity and success of the game developers without devoting the years of 60 hour weeks that it takes to build a game.

Unfortunately, a lot of this has come across in the form of hate towards women. This isn’t new – Roberta Williams got hate mail for featuring Rosella as the main character in King’s Quest IV – but it is just plain wrong. Games can be fun with either a male or a female protagonist as long as the story reflects that choice. Buffy the Vampire Slayer with a male Slayer? Boring! 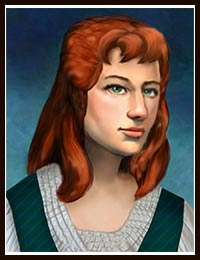 Shawn Could Have Been Shawna

Lori wrote about why we decided on a male character for the first Hero-U game at http://www.hero-u.net/leaders/why-shawn-isnt-shawna/. I assure you that we will have female protagonists in future games and that we will ignore any resulting hate mail. 🙂 We are proud of the strong female characters we created in previous games, and even more of the ones in Hero-U.

We have also proudly added our names to an anti-hate open letter on diversity in gaming and the game industry at https://medium.com/@andreaszecher/open-letter-to-the-gaming-community-df4511032e8a. We hope many of our backers will continue to speak out against hate and harassment in any form. This week I learned a new term – SJW or Social Justice Warrior – used negatively about people who harp about social justice in gaming and media. You know what? We’ll wear that badge proudly. Our games have always been about heroism, and yes, that includes social justice.

The Return of Sierra

Activision announced last month that they are reviving the Sierra label for a new indie game division. They are starting out with Geometry Wars 3 and a new King’s Quest game. There are some interesting quotes in http://www.polygon.com/2014/8/13/5998789/sierras-rebirth-was-made-possible-by-the-success-of-digital-platforms.

Lori and I are not currently involved with the new Sierra, but we won’t rule out the possibility of doing a project with them in the future. Hero-U: Rogue to Redemption remains a fully independent game funded by Kickstarter backers and our personal resources.

Stash: No Loot Left Behind (https://www.kickstarter.com/projects/frogdice/stash-no-loot-left-behind-pc-mac-linux-consoles) is an “online multiplayer RPG with turn based combat and epic amounts of loot.” It is ambitious and looks good. The campaign ends on Sept. 12.

The Fine Young Capitalists (https://www.indiegogo.com/projects/the-fine-young-capitalists–2) ends on Sept. 26. Games created by women who would not otherwise have had the chance to make a game. Proceeds will go to charity. My personal favorites are Afterlife Empire and My Eyes. Check out the projects and vote for your favorite at http://www.thefineyoungcapitalists.com/Voting.

Duke Grabowski, Mighty Swashbuckler (https://www.kickstarter.com/projects/venture-moon/duke-grabowski-mighty-swashbuckler-point-and-click) ends on Oct. 6. It’s a humorous point-and-click adventure in the vein of Monkey Island, and could be a lot of fun.

Do you love animated films? Would you like to see an epic Steampunk adventure starring two young female protagonists? Check out the beautiful Indiegogo campaign – https://www.indiegogo.com/projects/hullabaloo-steampunk-animated-film. This very successful campaign has already tripled its goal. It closes on Oct. 1. 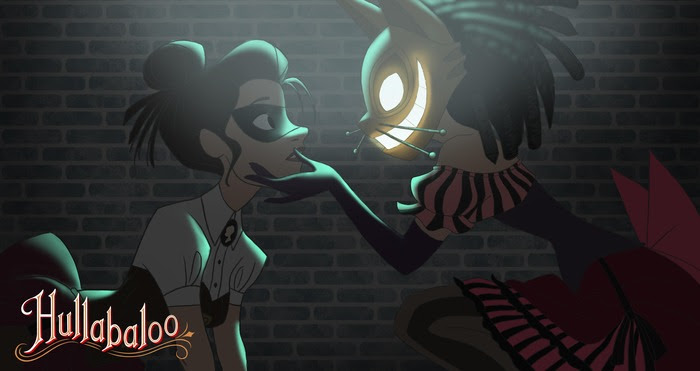