Leisure Suit Larry: Love for Sail!, the final classic installment of the hottest grope-and-click adventure saga in existence, featuring everyone’s favorite hapless wannabe Casanova, is available on GOG.com, for only $5.99

Cruises are particularly popular with horny people. We don’t have any science to support that statement, but who needs numbers when the facts are out there in the open, for everyone to see. If you’ve ever been on one, or even heard about one, you’ll know we’re not mistaken. It stands to logic as well. Just think about it. The space on the boat is limited, just as the ways to pass time. On top of that, there aren’t that many people to choose from onboard. Boredom, limited space, limited choice, unlimited supply of alcohol in the bar–sounds like a great chance for the sorts of Larry Laffer. But will the errant womanizer be able to take full advantage of all the favorable circumstances?

Leisure Suit Larry: Love for Sail! is the final Leisure Suit Larry game from the classic Al Lowe era of the series, and it’s considered to be the best one. The cartoony graphics and fantastic animation alone make it stand out, but it’s the witty humor and a scenario full of fun and–ummm–excitement, that make it one of the most memorable point-and-click adventure games of all times.

Do you think you’ve got what it takes to be a good wingman? Test your skills in Leisure Suit Larry: Love for Sail!, for only $5.99, on GOG.com.

We also have some good news about the previously released Leisure Suit Larry 1-6 pack. We’ll be adding the full-talkie SVGA version of Larry 6 today. Check out the game page, there’s a good chance it’s already there. If not, it will be available very soon.

It’s been an incredibly eventful couple of weeks. I’m referring, of course, to the release of the alpha version four days ago.

I think it’s safe to say that there wasn’t an individual at Replay or N-Fusion who wasn’t as nervous as hell about this. Alpha versions are not intended for viewing by the general public, and for good reason. We don’t want people rushing to judgment about the final product based on programming, art, music, sound, and text that are incomplete. Speaking only for myself here (although I’m sure I’m not alone), I was fairly certain that we would be inundated with emails asking us about features, puzzles, scenes, and characters that aren’t in the alpha.

Instead, the response blew us all away. The vast majority of commenters clearly had no trouble understanding the concept of an alpha, and, better yet, were overwhelmingly supportive of our efforts. That’s not to say there aren’t issues people have brought up, and we’re listening to them.

But most of all, I think the alpha has proven something to that small, vocal contingent who’ve been doubting that we were serious about bringing Sierra On-Line gameplay, and Larry in particular, back to life.

We know the job is far from over. None of the music you heard is final. Some of the backgrounds you saw aren’t final, including the close-ups of Eve, Jasmine, Faith, and Fawn. There are literally thousands of lines of text and dialogue that aren’t plugged in. There are many characters you haven’t seen at all yet, dozens of animations yet to come, and a lot of fixing and tweaking of stuff that is there. Then there are the voices. So there’s still a lot of heavy lifting still in front of us, but now the world knows that we were serious when we said that Larry will Live Again.

The various Backer rewards are all in progress; some are actually finished and in the Replay offices. Here’s a shot that Britton Mathews found of the silkscreens for the exclusive Larry t-shirt.

As I’ve mentioned before, the Backer rewards will all go out at the same time, at the end of the game’s production. We need to wait until all the artwork is finalized, because some rewards, such as the calendar and the art books, require finalized artwork.

We had an interesting little hiccup in the Breath Spray production a couple of weeks ago: on the label, we had text that included the words “Contains industrial-strength breath spray.” The company that produces the custom-printed spray contacted Kevin Kettler and said, “The FDA is refusing to allow us to put that on the label.” So we did a rewrite, but Kevin pointed out that while Larry has been rejected by many women over the years, this is the first time he was actually rejected by the government as well!

By the time I speak to you again, we’ll be startlingly close to beta. So hang on. The best is yet to come.

One last tidbit before I turn back to my spreadsheets. Al recorded Larry’s Theme with his MOJO Big Band just a few days ago, and although we don’t have a final mix for you yet, we thought you might enjoy it. Here it is.

Here is a real time look at an in-game scene from SpaceVenture. More to come! 🙂 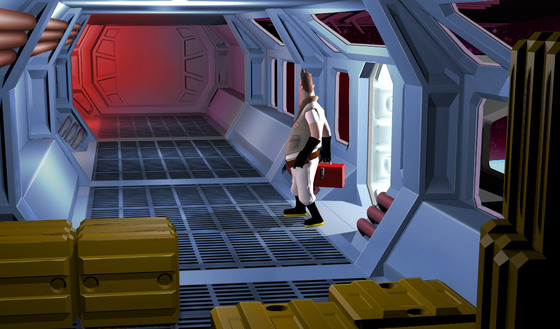 We are super excited to announce that the official Guys From Andromeda store is live!

Visit http://guysfromandromeda.com/store to check it out and purchase more goodies!

We know everyone is excited to hear more about the actual SpaceVenture project, so that is on the way! 🙂 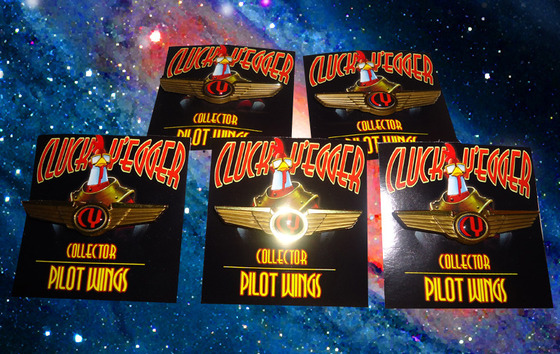 Hi, ya, KSers! It’s me, Al Lowe, back again with another huge bunch of news for our thousands of favorite people in the whole world! (But not everyone. You. Over there. Yeah, you! The person not reading this. You’re no favorite. But all the rest of you are!)

It’s been a busy few weeks here at Larryton Abbey, so let’s get right to the deets!

Those of you who qualified for the Alpha release of the game get the first big news: right now, we think our Alpha version will be ready for download on February 16, yes, a mere dozen days from right now!

You’ll receive complete details via a Britton Mathews magic email, but I don’t think he’ll mind me letting it slip that it’s going to be a download from Steam. Now remember: this is an Alpha and (like making laws and sausages) it ain’t pretty, but rejoice in the knowledge that you’re going to get the very first look at Leisure Suit Larry: Reloaded of anyone outside of us inside the Larry Compound.

Sure, the game is buggy; in fact, it’s so buggy we not going to accept bug reports from you. Nope, all you get to do is enjoy it! No responsibilities. How Larryish!

Beta testers, be patient. You won’t get off so easy; from you, we’re going to expect lots of bug reports. But when the beta release will be, we’re not sure — but it won’t be long from now!

We’re in the process of implementing a new Achievement system for the game. While all of my games used Points to indicate your progress (as will this new version), now you’ll be able to share your progress with your friends via Achievements. I can’t tell you much about it, but just think what Achievements from Josh Mandel (and me) could look like. Ah, the implications! The double entendres! The embarrassment!

You know how I feel about game music in general and how much of it is weak. But not Leisure Suit Larry: Reloaded! Every weekly update we get from Austin Wintory confirms in my mind what a ge-nius he is — and what a lucky slob I am for being able to land him for our project!

I’m so delighted to hear what he’s doing with my humble little Larry theme song. He’s treating it as a leitmotif that you’ll hear throughout the game, subtly weaving it into a tapestry of beautiful colors that capture the emotion of the various scenes perfectly. And yes, I’m still talking about Leisure Suit Larry.

I’ve seen the first drafts of the commemorative box artwork and I love it. You will, too! Talk about a real collector’s item! It’s a masterpiece. This will blow you away.

The game’s logo is now finalized and here it is:

Speaking of artwork, we’ve also finalized the design for the Leisure Suit Larry playing cards, con-doms, cocktail napkins, shot glasses, poker chips, and other cool KS higher level rewards. At the risk of sounding like a broken record (wait; anachronistic), uh, dirty CD (nah; dated) repetitive download (hmm?), anyway, it’s some of the coolest stuff I’ve ever seen associated with a game. I can’t wait for you to see it. Which you will. Soon. But not too soon!

Fester Mudd: Curse of the Gold is currently in beta and will be rolled out to PC and Mac via a brand new platform on our very own website, as well as most other major portals worldwide. An-droid and iOS will follow soon after. Set aside some time to enjoy this one!

More is worth a wait

Because of all the cool things we’ve added to the game, our schedule has slipped …a little. We planned for a March release; unfortunately, we’re going to be a few days late. Let’s just say early April.

Please consider this good news: by waiting just a little longer, you’re going to get the best game we can create! And isn’t that worth a little wait?

I didn’t mean to wear out your scrolling finger with this update, but I’m so proud of the Replay and N-Fusion teams and the work they’re doing here at Laffer Manor that I just couldn’t stop bragging!

Until next time,
AL 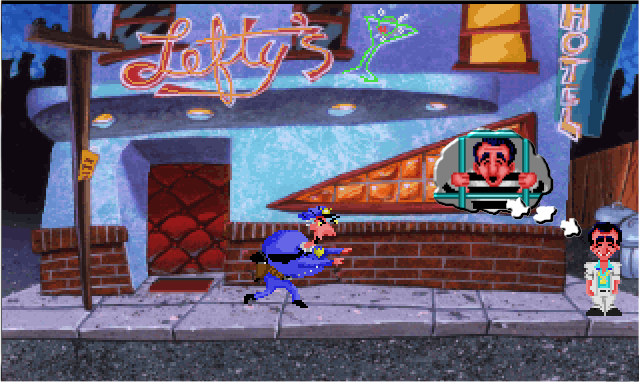 Now it seems that Jim Walls is … RELOADED! It seems as if we just might be getting a police quest themed adventure game out of Jim Walls!