But not in the way you think!

We have scheduled a maintenance window on Friday, June 27th at 11pm (PST). This maintenance is scheduled to last until Saturday, June 28th at 1am (PST) (approximately 2 hours). During this window, all hosting services will be unavailable! 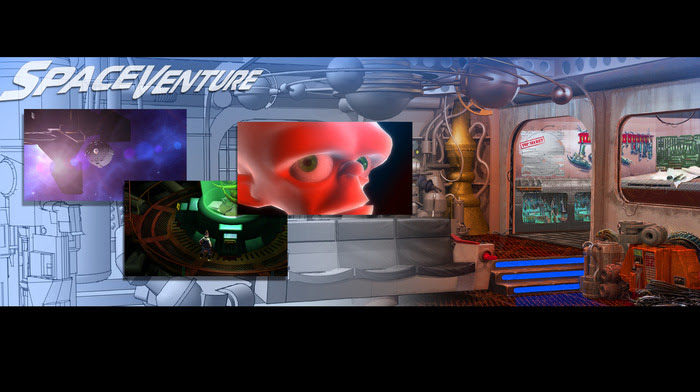 We are aware that there are a lot of questions from you, our backers, regarding when SpaceVenture is going to be released as well as made available for sale. There are many opinions and feelings, varying from the extremely harsh to the quite patient, though ultimately all wanting the same thing; the highest quality SpaceVenture possible. Some want it yesterday, and some have advised us to “take the time you need to make the best game you can.” We have worked hard to not abuse this encouragement.

We are very sensitive to the entire range of feelings. We ultimately intend to deliver to you the best game possible. We can hurry and release a gaming experience we aren’t as happy with, something we would be afraid and certain would be a let-down to you, or take the extra time to give you something we will feel good about in both our hearts and guts, a game worthy of your backing and patience.

We have avoided giving an official release date due to many major unexpected challenges we have encountered as we’ve progressed through the development process of the first new game by our new company. Everyone who has ever worked on a first project of any kind, and especially a game in a new environment, knows there are ‘growing pains’, especially with that very first one. We don’t want to delve into a laundry list of details. If you would like a taste of the issues mentioned in the past please feel free to read our October 16th update.

Having said all that, we have decided to give a soft estimated release time period of 9 months to a year from now without going into detail on why things have moved slower than each and everyone of us has wanted. That means if everything goes more smoothly than the first third, and we see absolutely no way it won’t, we expect to be done by March of next year. We will not let the game suffer due to being pushed by a hard deadline. Know that first and foremost, we are shooting for an adventure game the type of which we offered and for which our fans asked, an ‘old-school adventure with new tech and design lessons learned’ game you backed through Kickstarter and PayPal.

We know without any doubt this release estimate will frustrate most of you and infuriate others, but because of our passion for this game and adventures in general, we stand fully behind this decision. As we have said in the past, we have one shot at making the game great. That one shot will determine the future of the company.

Here is a breakdown of where things stand currently:

There have been many challenges and setbacks that have slowed progress. Yes, there are things we should have anticipated, but also many we couldn’t. No matter how many games with which one is involved there will always be hard lessons along the way. These can be humbling. There have been many moments of frustration, even more for us than most of you. We’ve encountered and surmounted many hurdles, but such is the way of game development, as well as life in general. We are (almost all) merely human. With the exception of one team member, we’ve each had family health care issues that have impacted our performance and progress. Nonetheless, we will continue to push forward fueled by your enthusiasm, from those who’ve backed us from day one to those who’ve just recently become aware of what we are doing, and by our team’s passion for the game and our excitement over what is ahead. Through all of that we absolutely believe we’ll be proud of SpaceVenture, and you will enjoy the end result.

Thank you all for your support.

Several backers commented on my previous update that they would have liked to read more about our progress with Hero-U. That reminded me that many of you might not know about Lori’s blog on our www.hero-u.net site.

Lori’s latest post is about the process we go through to create the art for each room or section of Hero University and environs, using the Wine Cellar as an example. This is the first “dungeon” area players will encounter in Hero-U. 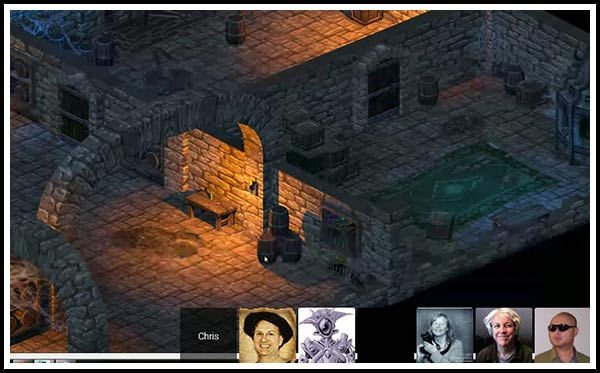 The update is at http://www.hero-u.net/leaders/whats-happening/. While you’re there, look through some of Lori’s previous blog posts, visit our discussion forums, or browse the rest of the site. We still have some collectibles for sale, and your friends can preorder Hero-U: Rogue to Redemption if they missed out on the Kickstarter.

We will still be getting new art for several months, and we have a lot of programming and writing work to do after we have the art, so we still have a long way to go on the project. At this point, Lori and I are self-funding and not taking any salary or other payment. For now at least, we prefer that approach to the alternatives. We get to keep control of the project and the company this way.