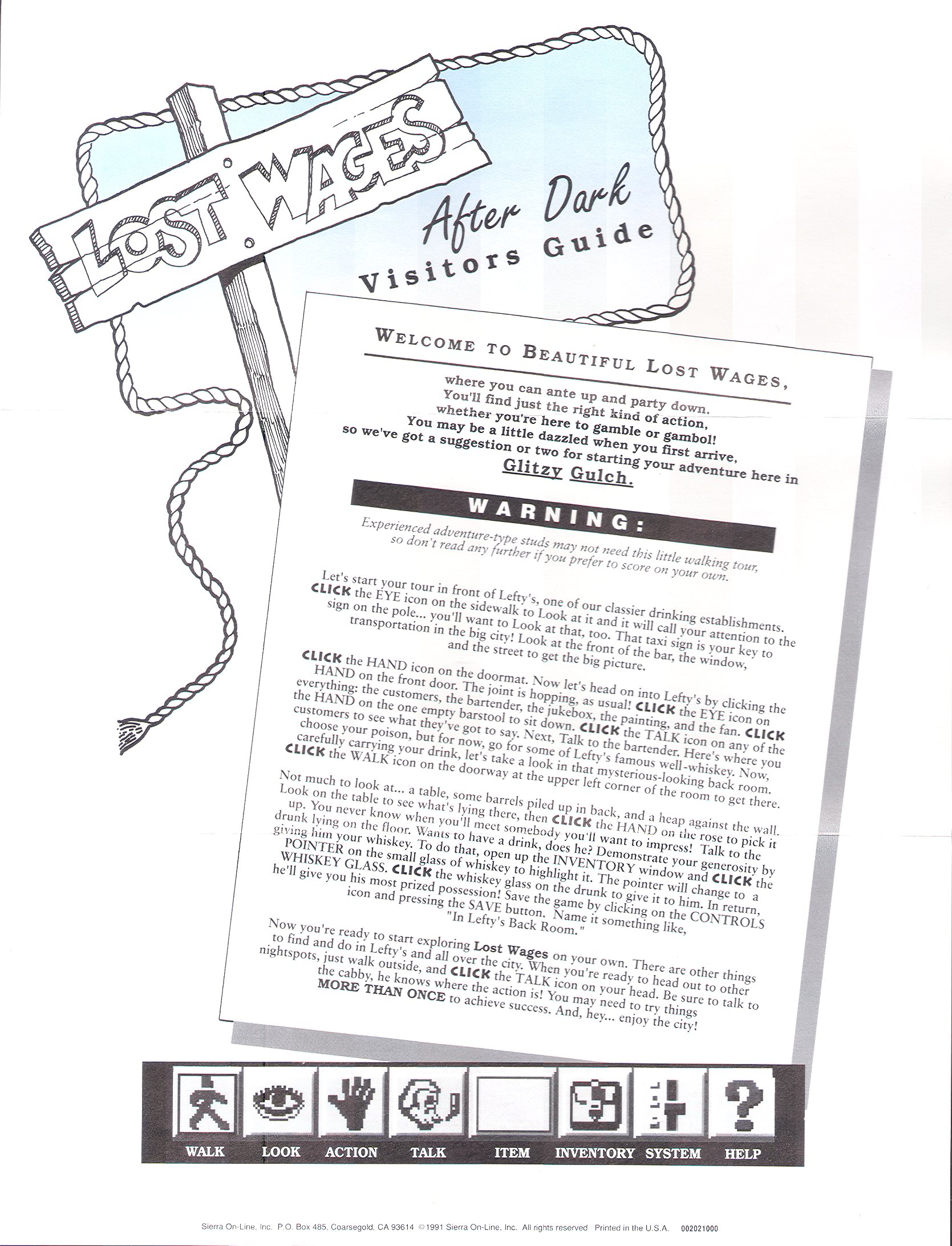 The Lost Wages – Visitor Guide. If you’re new to Lost Wages, and feeling a little bit lost as Larry Laffer, this might be just the thing you need to help you get around in Leisure Suit Larry I: Land of the Lounge Lizards (VGA)! 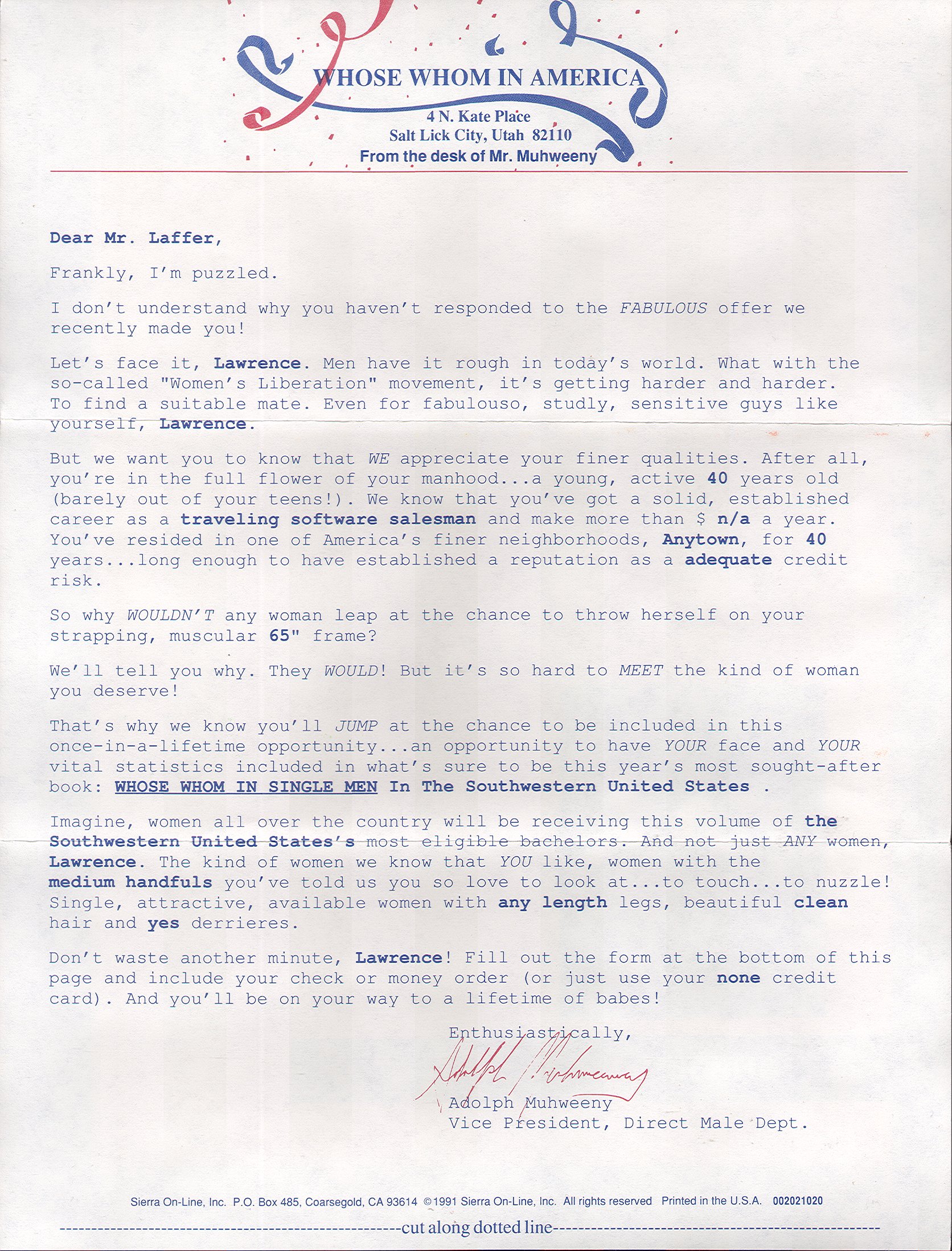 I don’t understand why you haven’t responded to the FABULOUS offer we recently made you!

Let’s face it, Lawrence. Men have it rough in today’s world. What with the so-called “Women’s Liberation” movement, it’s getting harder and harder. To find a suitable mate. Even for fabulousso, studly, sensitive guys like yourself, Lawrence.

But we want you to know that WE appreciate your finer qualities. After all, you’re in the full flower of your manhood… a young, active 40 years old (barely out of your teens!). We know that you’ve got a solid, established career as a traveling software salesman and make more than $ n/a a year. You’ve resided in one of America’s finer neighborhoods, Anytown, for 40 years… long enough to have established a reputation as a adequate credit risk.

So why WOULDN’T any woman leap at the chance to throw themselves on your strapping, muscular 65″ frame?

We’ll tell you why. They WOULD! But it’s too hard to MEET the kind of women you deserve!

That’s why we know you’ll JUMP at the chance to be included in this once-in-a-lifetime opportunity… an opportunity to have YOUR face and YOUR vital statistics included in what’s sure to be this year’s most sought-after book: WHOSE WHOM IN SINGLE MEN In The Southwestern United States.

Imagine, women all over the country will be receiving this volume of the Southwestern United States most eligible bachelors. And not just ANY women, Lawrence. The kind of women we know YOU like, women with the medium handfuls you’ve told us you so love to look at… to touch… to nuzzle! Single, attractive, available women with any length legs, beautiful, clean hair and yes derrieres.

Don’t waste another minute, Lawrence! Fill out the form at the bottom of this page and include your check or money order (or just use none credit card). And you’ll be on your way to a lifetime of babes!