So one of the things I had the honor of being a part of is the temple game for SCI Companion software, entitled LOCKER GNOME REDUX. 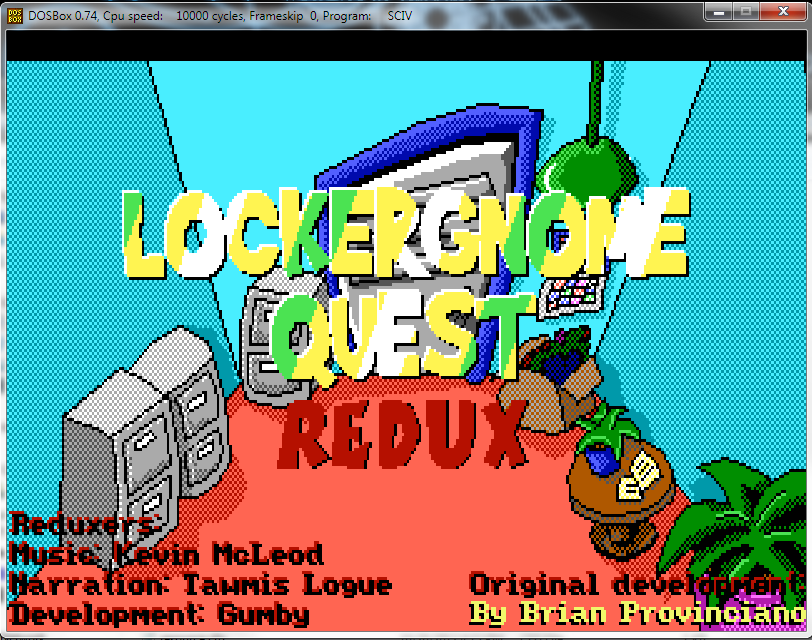 Gumby, who I know from the Sierra Help Forums approached me about doing the narrator voice for Locker Gnome Redux. I was more than happy and honored to be a part of the SCI Companion Demo!

Here’s a little bit of what Gumby posted about the final result of the game:

For those not familiar, LockerGnome Quest is an SCI demo game created by Brian Provinciano, creator of SCI Studio. SCI Studio is a development environment to create your own SCI0 games (for free! Another, somewhat improved IDE called SCI Companion is another one). I’ve recently created an application which seamlessly allows for sounds external to the SCI virtual machine to be played back & have modified the LockerGnome Quest game to be the first SCI0 ‘talkie’.

This is a modification of Brian Provinciano’s original demo game ‘LockerGnome Quest’, which can be found and downloaded here: http://www.sciprogramming.com/fangames

Primarily, this demo has been modified to support external sound playback (sound playback not utilizing the SCI sound drivers), showcasing the capabilities of the ‘sciAudio’ add-on, now available for SCI developers to use in their own games.