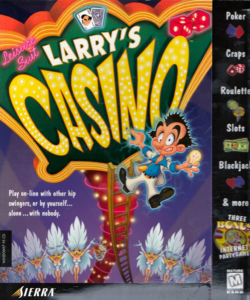 Also featured is an online component which allowed for players to upgrade their hotel room and participate in other online-only activities, though the servers have been taken offline since.

The game began as a design by Al Lowe, that was scrapped and never saw the light of day. “LarryLand” was implimented into Sierra’s then “online community” – known as The Sierra Network (back then called TSN) and later, ImagiNatioN or simply INN. The idea that Al Lowe had was barely used for Larryland – so Al Lowe began using the basis of the Hoyle games to make Larry’s Casino. You can read more about it’s history in this PDF by Al Lowe. 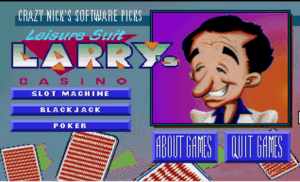 There is an “offline” version of this entitled Crazy Nick’s Software Picks: Leisure Suit Larry’s Casino.

It only contains three games; Slot Machine, Blackjack and Poker. What’s fun – is the money you make between these three games, carries over to any of the other games. See screen shot below for these: 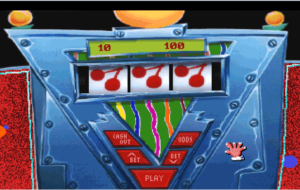 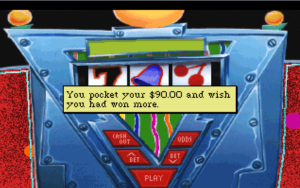 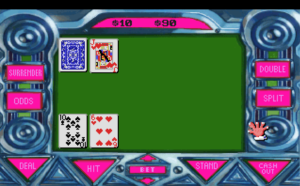 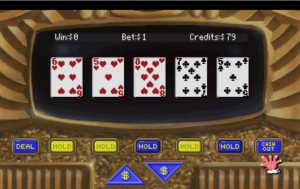