Wishing you all a very Happy Holidays (Merry Christmas, for those that celebrate it!), and a blessed new year!

As I write this, Thanksgiving has passed, Chanukah has started, and Christmas and New Year’s are altogether too close. It’s a time of celebration, but also of recovery and preparation for the next chapter of our saga. We hope you all have a wonderful and safe holiday season.

We are making one significant change in communication. For the last six years, I’ve been posting here on our Kickstarter pages. Lori has been writing and illustrating a separate blog on our .net web site and now on www.hero-u.com. Going forward, I plan to just post quick rewards updates here. The main Quest Log will be on http://hero-u.com/leaders/. The main focus there will be our upcoming and in-progress projects.

Bring Me a Figgy Pudding

One of our most frequent requests has been for a Nintendo Switch version of Hero-U: Rogue to Redemption. We are working with Fig to crowdfund a “port” to the Switch. It’s currently in the Backstage Pass pre-support stage, which requires signing up for Fig’s Backstage Pass. The project will go public on Tuesday, December 11 at the same URL.

If you are interested in the Switch version, or just want to support our efforts to expand the Hero-U audience, drop by the campaign page. You can find the project at https://www.fig.co/campaigns/hero-u. Please let your Switch player friends know about the campaign. If it’s successful, we will be able to bring Hero-U to the Switch and have a great headstart on possible PS4 and XBoxOne versions.

We are working with Geekify to fulfill our physical rewards such as boxed games. I had hoped to get those out in time for Christmas, but we aren’t quite going to make that due to issues getting the installers on the disks. Boxes should start going out in early January, arriving in January and February 2019.

Geekify has already shipped the Wanted Posters and custom paintings to backers who have those images in the game. They have the assets for everything except postcards (which Lori and I will handle) and the Yearbook. However, there is considerable lead time involved in printing, packaging, and shipping 1200+ packages.

Lori and I have also put the Yearbook on hold. It will ship separately, likely in March or April. Basically, we have to redo most of the layout and make it suitable for printing. We want to get these to backers – and off our checklist – as soon as possible, but it’s most important that we get them right.

Please check in at https://hero-u-adventure-role-playing-game.backerkit.com/any time you move or change your email or other personal information. Postage rates have risen dramatically since we began work on Hero-U: Rogue to Redemption, and we really hate seeing boxes returned due to a bad or out of date address.

If your address is locked (because we’ve already sent you a partial shipment), contact support@hero-u.net with your new and old information so we can update your account manually.

As you might guess, until we’ve fulfilled all of the promised Kickstarter rewards, our attention is split between those and our upcoming projects. There’s more detail at http://hero-u.com/leaders/, but here’s a quick summary of what we’re working on and have in the pipeline for the next two years:

The board game is “done” as a first draft, but we aren’t currently prioritizing it. We’ll slip additional work on it into the schedule where we can. That will also apply to the cookbook – oft requested and a passion project, but not in our core game space.

We will probably do Kickstarter campaigns for some of these projects, but we will wait until they are farther along before doing that. We are deep into art production on Summer Daze; once we add some content, we’ll be ready to show it off for crowdfunding.

Dates on all of that? You can expect the first five items between now and June 2019. We’re targeting Summer Daze for late Spring 2020, although we will complete it earlier if we can. Wizards Way is a much larger project that will require crowdfunding and possibly additional investment. It’s much too early to set a release date for it.

Happy Holidays and we’ll see you again in 2019! 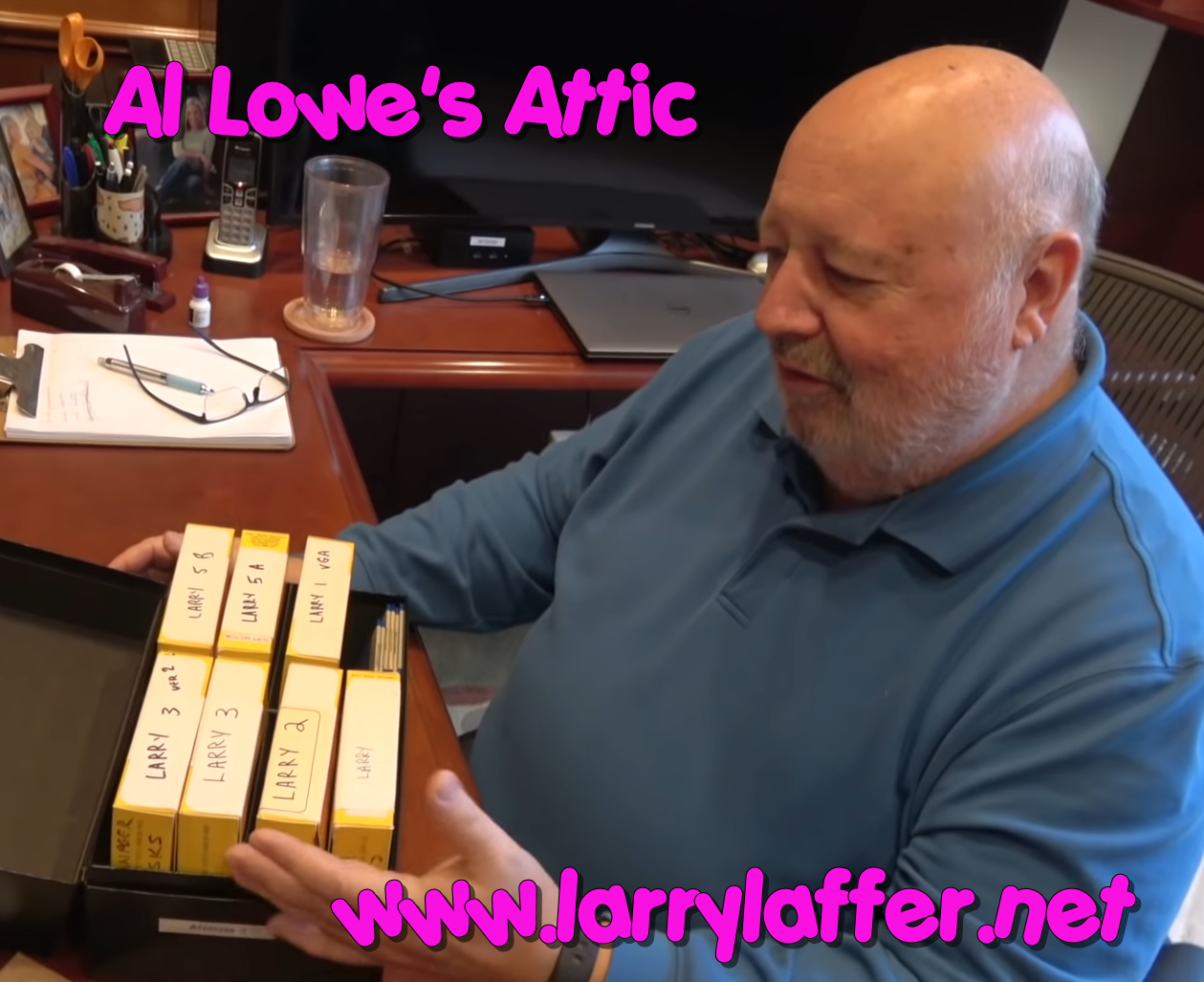 Is a new section under the XXXTRAS portion of the page. Al Lowe recently went into his attic to uncover some treasures and has put them on ebay to sell!

As he begins putting things on ebay, we will add to the Al Lowe’s Attic pages.

With obviously, much more to come… 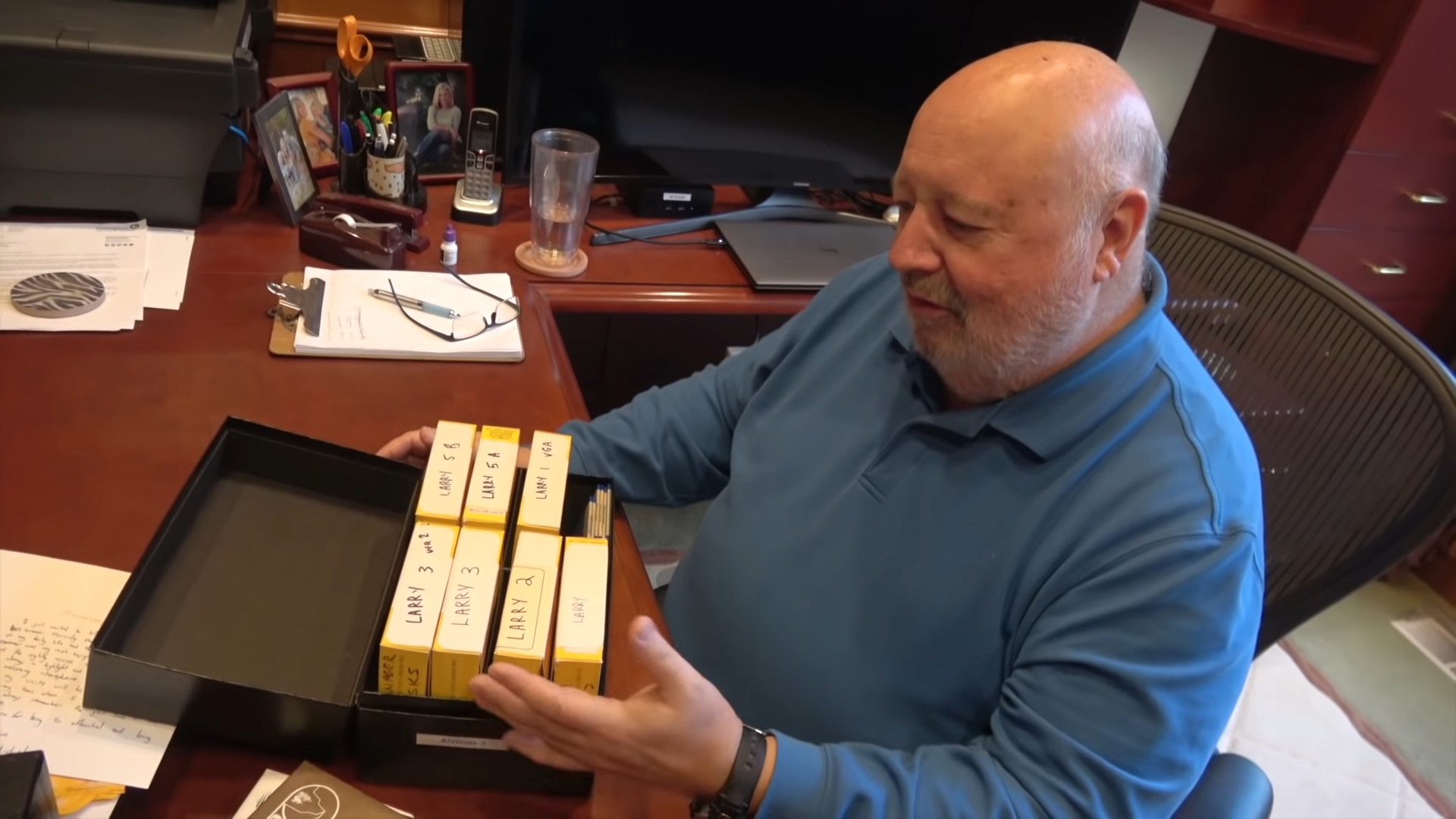 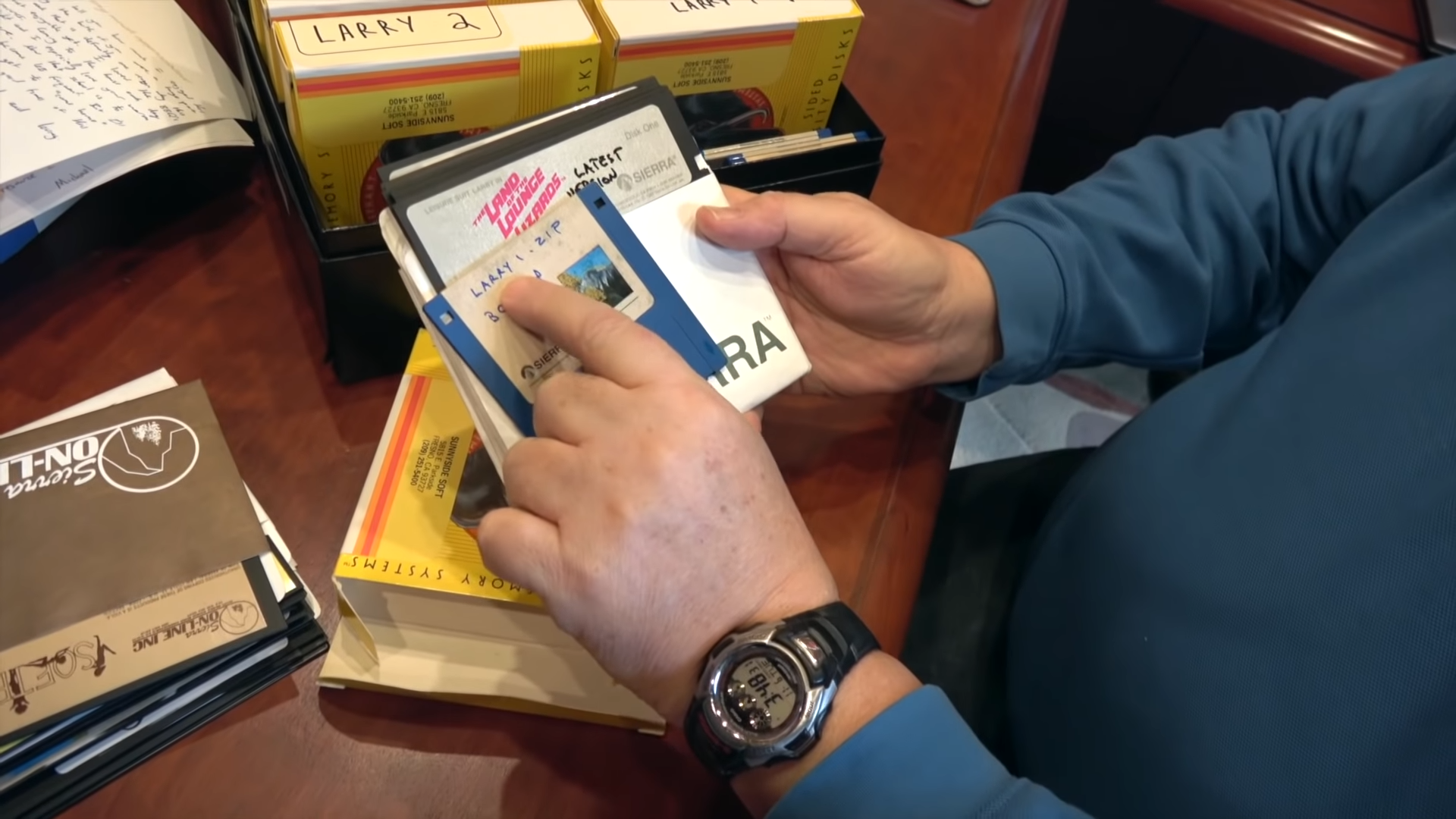 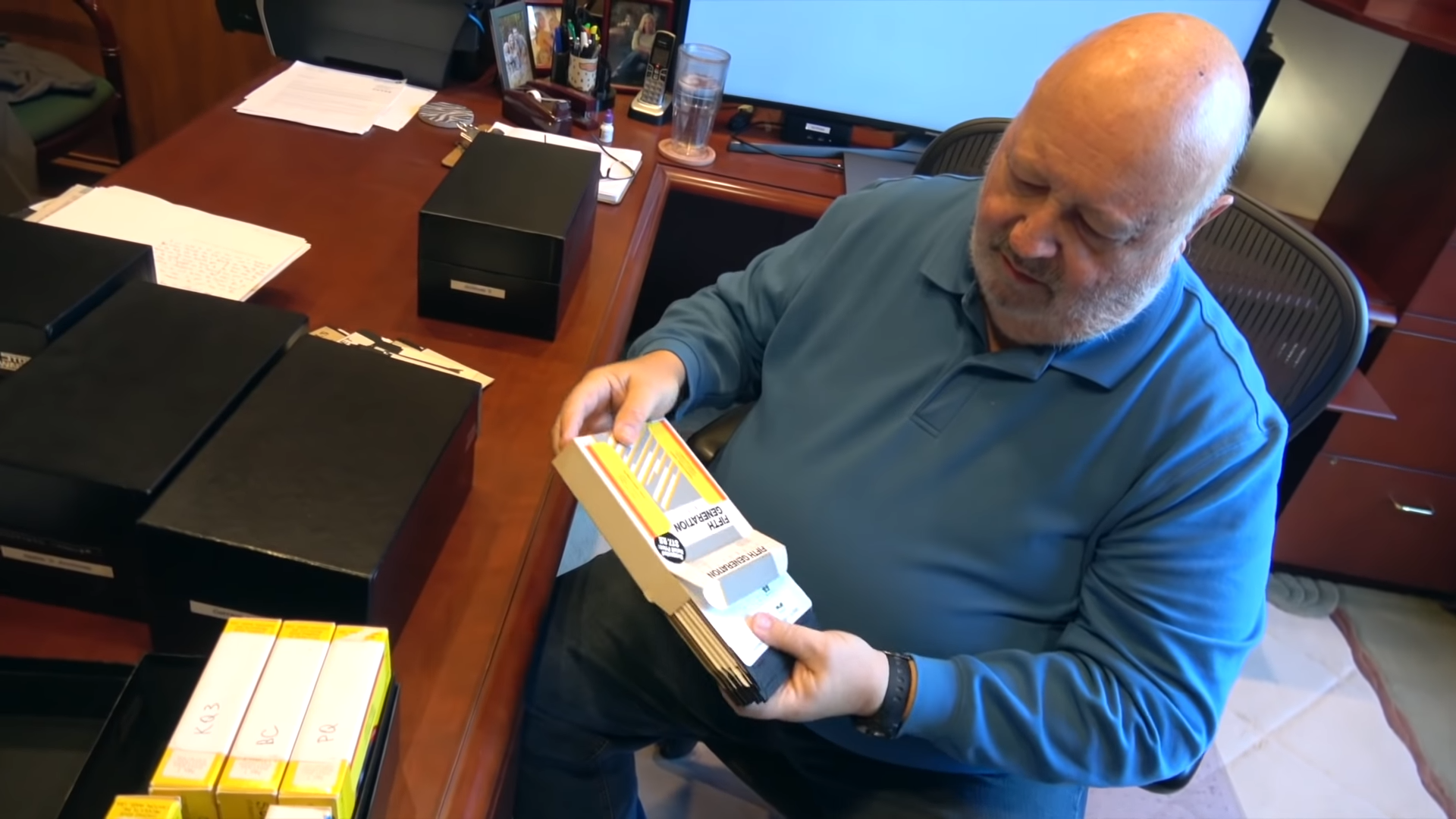 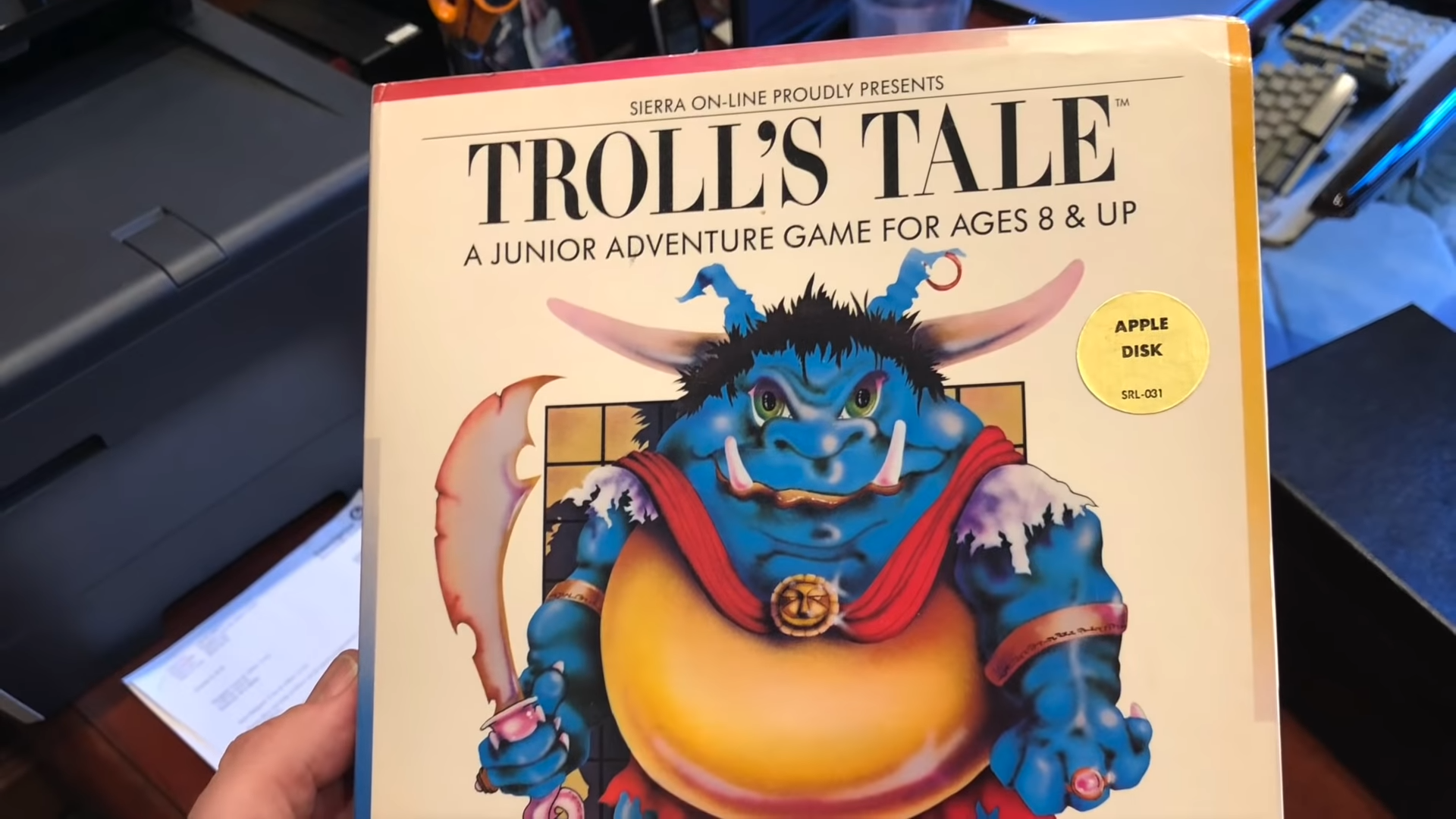 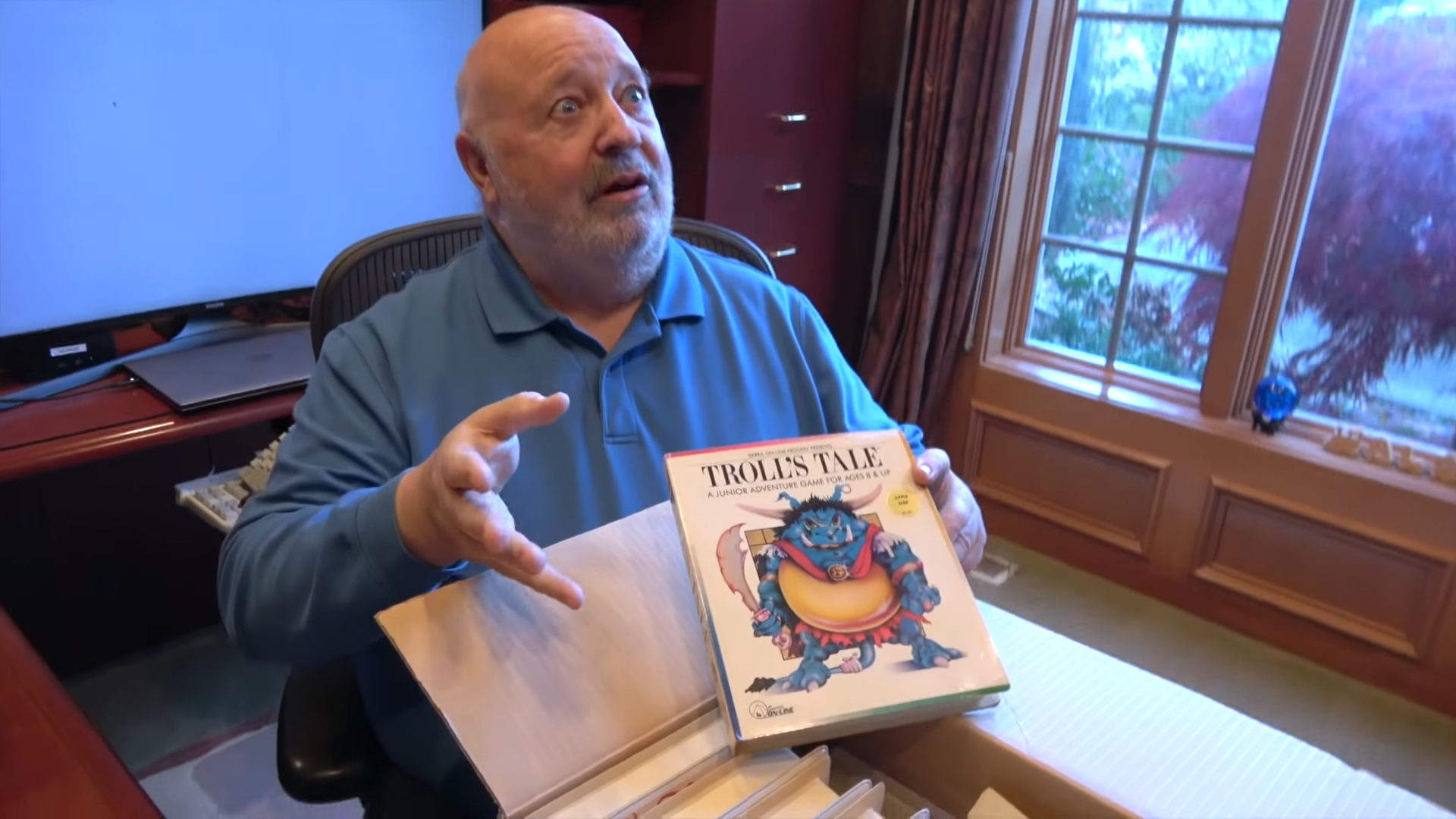 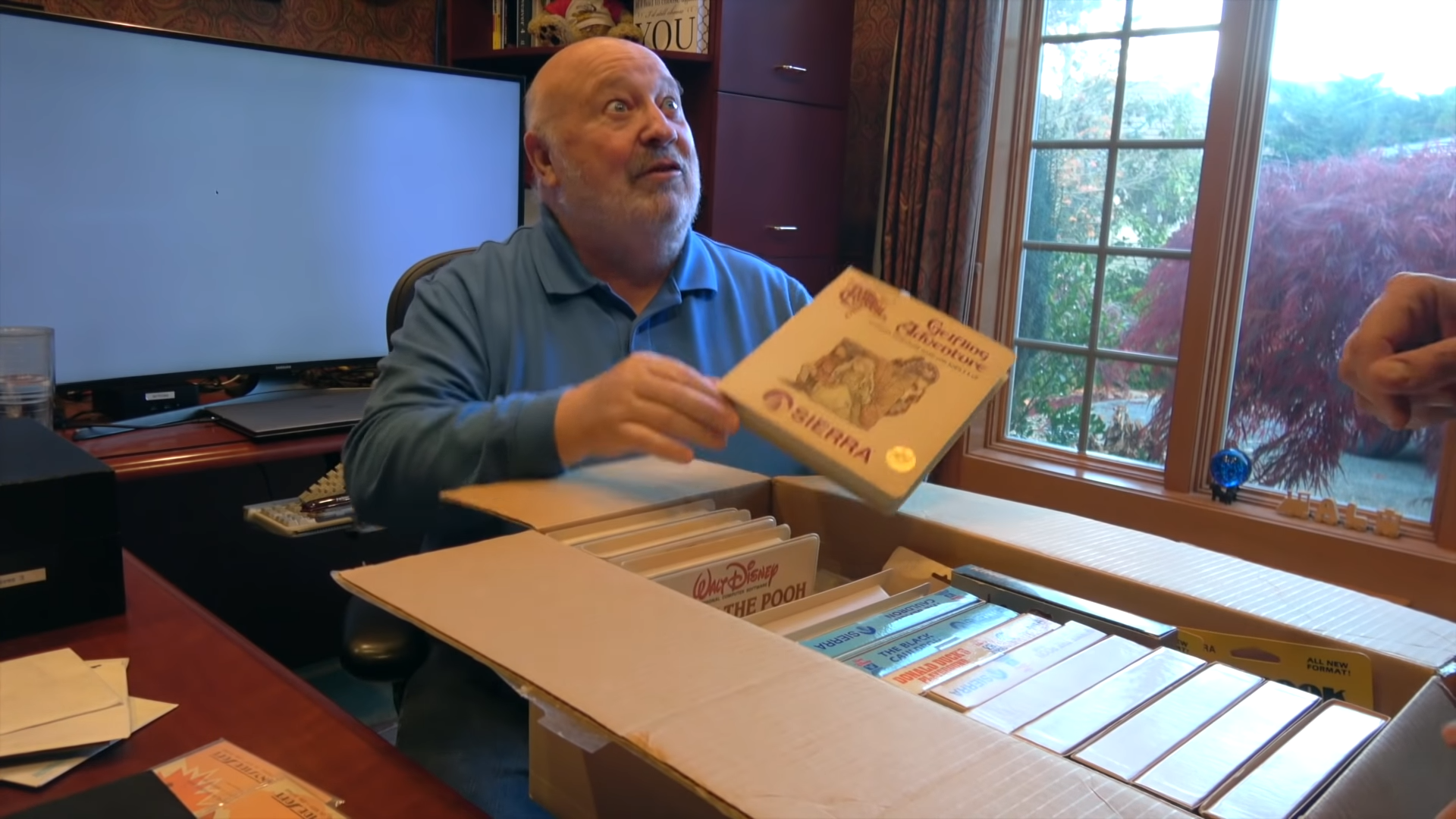 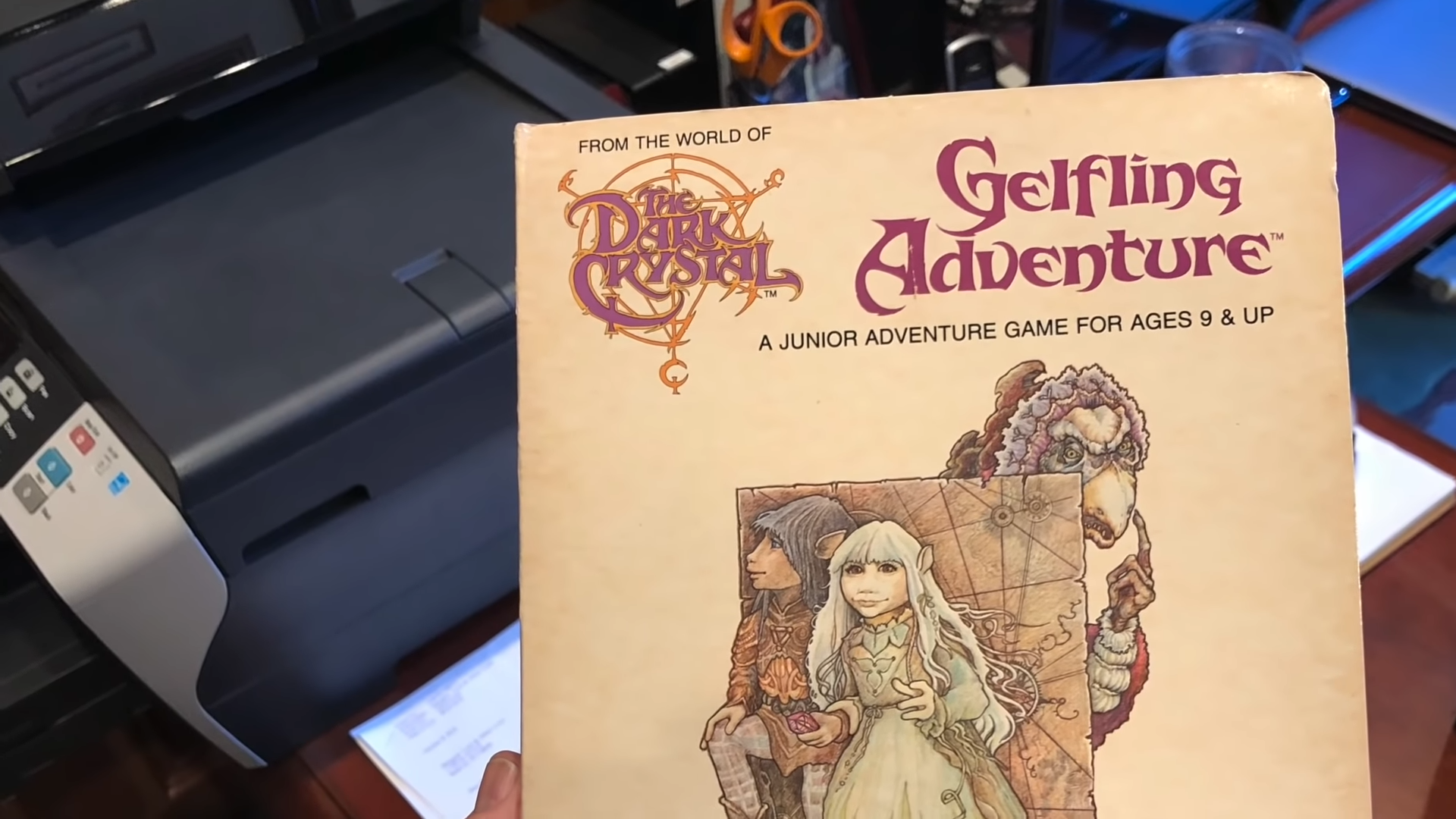 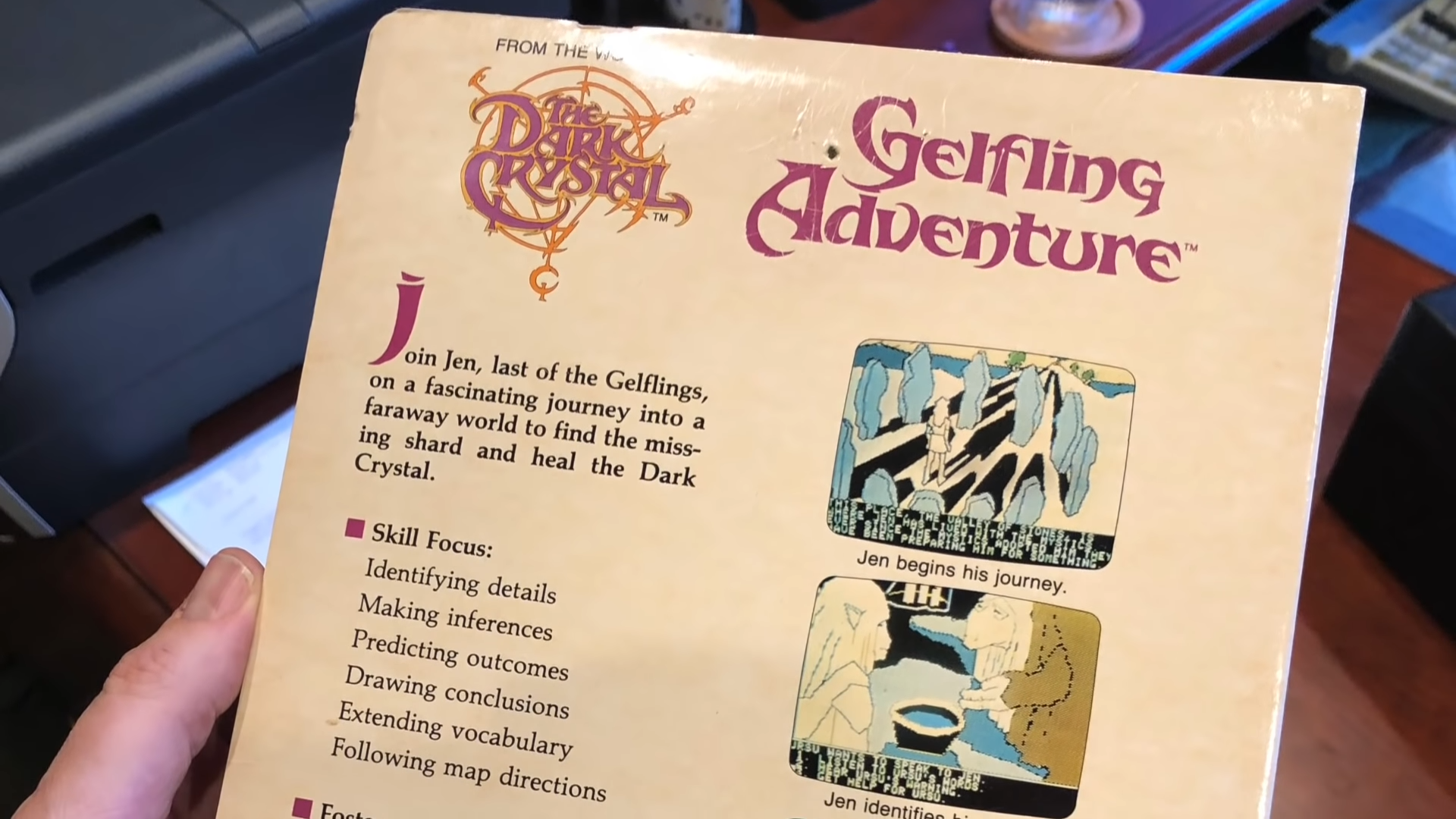 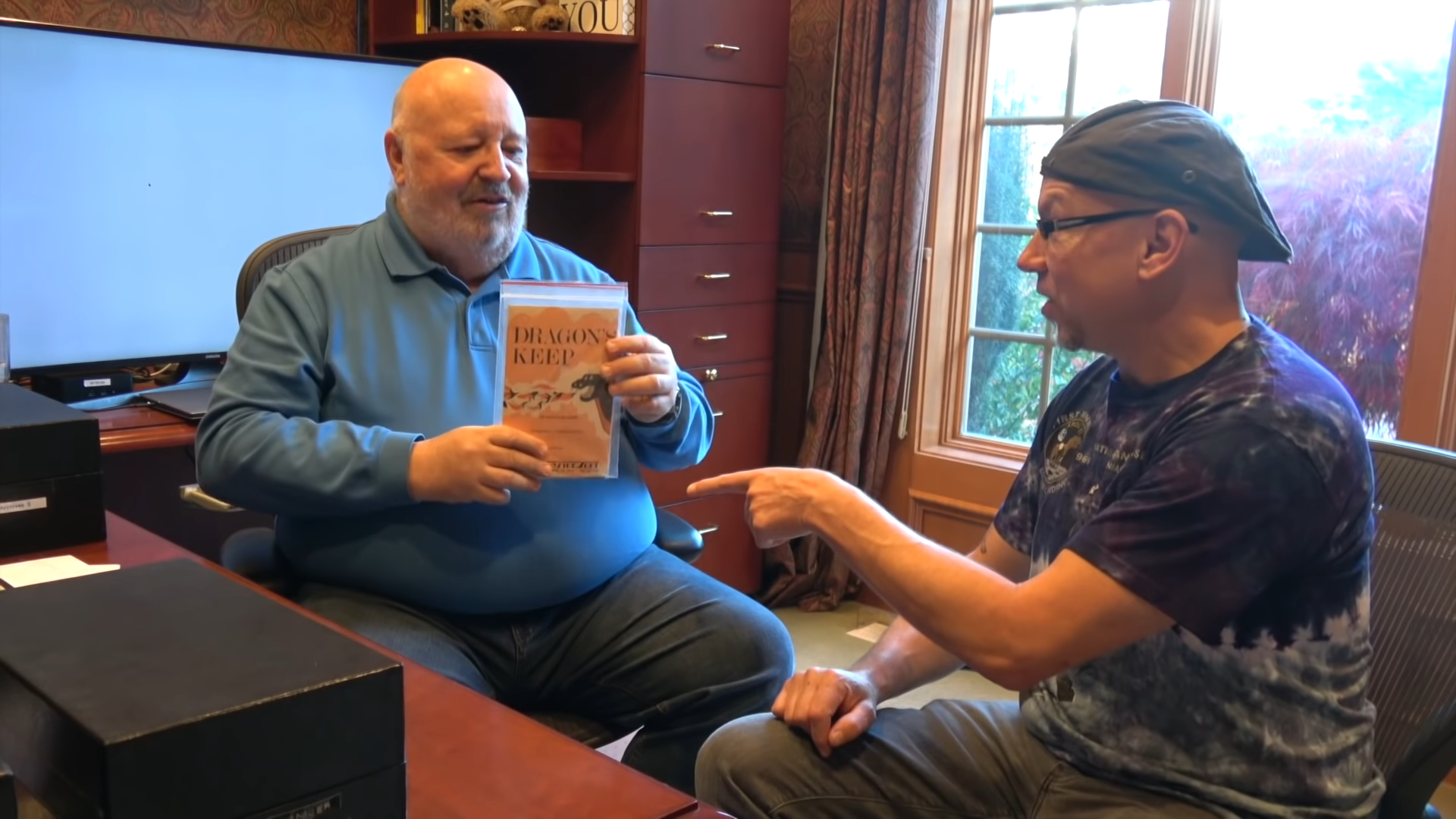