The supplementary Kickstarter project is going very well thanks to some dedicated backers. We have over 1,200 backers so far and have received pledges for almost $73,000 of our $100,000 goal. The campaign is live at https://www.kickstarter.com/projects/transolargames/hero-u-adventure-role-playing-game.

Please share our new Kickstarter campaign with your friends and on social media. The amount we raise in the final two weeks will have a huge impact on our ability to fine-tune Hero-U with better animation, sound effects, and additional help where we need it.

We invite you visit the new campaign to see more screen images and other improvements to the game. Please also visit www.hero-u.com and vote on the polls for the Yearbook cover design, travel posters, castle painting, and more. Lori posts a blog there with more game images and information. 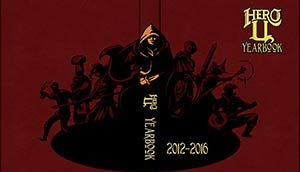 Art is about 150% complete according to the original plan, which is to say about 80% complete with the new animation we intend to add and one 3D area that is still in progress.

Programming: Estimated 50% complete. The hardest parts are out of the way – we have a scripting system integrated into Unity, we’ve worked out the combat basics, UI, and object placement and handling.We think it will take about six months to finish all the scripting and system programming.

The player can walk around the entire University and the wine cellar, but we are refining all of the areas to make them look and play better. We also have a lot of work to do on refining combat.

Game Design: 100% complete. All of the basic design and story structure is done, but we have a great deal of writing and scripting to do.

Dialogue and Other Text: Estimated 30% complete. Our process for design and writing involves specifying the key elements of all scenes, then writing detailed text and dialogue after the basic implementation is complete.

Since this is a key area that is being done by Lori and me, it is on the critical path for completing the game. We estimate we have four to five months of work to do on writing, given the distractions of managing the project and team.

Testing/QA: We plan to have a 3-4 month testing and refining cycle. That’s the part that got shorted on some of our Sierra games, sometimes resulting in buggy releases.

We expect to complete development late this year, and have the game ready for release early next year. 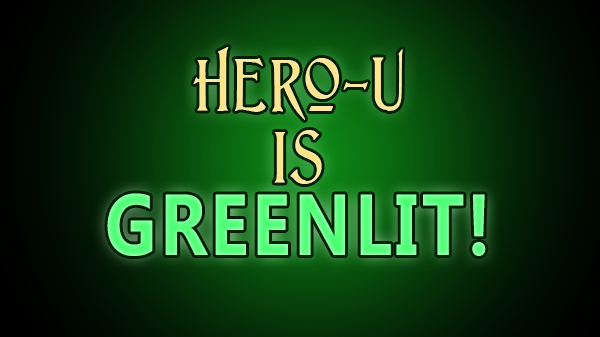 We have achieved Greenlit status on Steam Greenlight, so we will definitely have a Hero-U release on Steam. We will also have a DRM-free version on Humble Bundle. We are in talks with other potential distributors.

We’ve come a long way since the original Hero-U Kickstarter campaign in November 2012. 30 months in, here’s what we’ve accomplished and what we’re working on next.

As the chart shows, we have made great progress on fulfilling most of the rewards from the first Kickstarter.

A major reward in the campaign was inclusion in the physical and virtual Yearbooks. Lori has posted a full article on the Yearbook at http://hero-u.com/we-got-class-the-yearbook-report/ along with a poll for possible cover designs. If you are in the Yearbook, or have a strong artistic opinion, please vote in the poll.

We delayed shipment of the posters, but are now ready to send them out. We will do that in July or August so that we can do them and shipments from the supplemental funding Kickstarter at the same time. Those will complete the physical rewards from the first game except for the boxed games and autographed Yearbooks.

New Rewards in the 2015 Hero-U Kickstarter

We’ve added a new “Digital Deluxe” reward tier at $150. It’s designed for international backers and those who have limited shelf space, as all of the rewards are digital or virtual. Those rewards include:

NOTE: The Quest for Glory game key is not included in higher tiers, but is available as an add-on. All of the other rewards apply to all higher tiers in both campaigns.

We’ve also added more add-on options. To get add-ons from the new campaign without upgrading to another reward, pick the $10 Supporter tier. Instead of pledging $10, pledge the total price of your chosen add-ons. Most add-ons will be shipped separately from the game.

See https://www.kickstarter.com/projects/transolargames/hero-u-adventure-role-playing-game (about halfway down) for all of the add-on choices. Here’s a summary:

NOTE for backers of the previous Hero-U Kickstarter campaign: The add-on we called “Set of 4 high-resolution game art images in PDF” will receive a free upgrade to the current add-on called “Set of 5 Hero-U Concept Art Images”.

The Wanted Poster also appears in-game for all players. The Travel and Wanted Posters also include high-res digital copies. 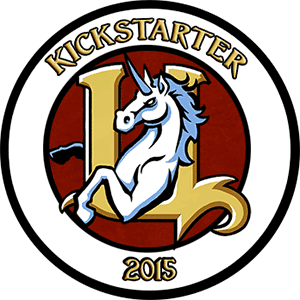 Please tell your friends about the new Hero-U Kickstarter campaign

If you prefer role-playing to adventure, there’s a new large company indie project on Kickstarter. From Brian Fargo and inXile Entertainment comes Bard’s Tale IV (https://www.kickstarter.com/projects/inxile/the-bards-tale-iv), based on Fargo’s first major game (yes, I played The Bard’s Tale before I went to Sierra to make games).

That project already has over 12,000 backers and $500K in funding on its first day. The goal is $1.25M towards a $2.5M game budget. The remainder will be funded with profits from Wasteland 2 and potentially Torment: Tides of Numenera once that game is released.