We are still pushing really hard to get this game done this year. As soon as we have a ship date, we’ll announce it. 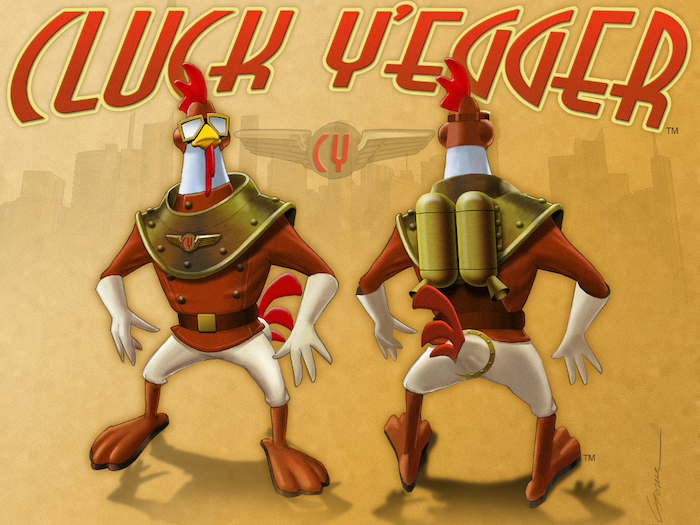 There is a little bitter sweetness to this, because although this is such a fun and cool concept we’ve put together, I’m limited to what I’m allowed to show you. Below is a small video that is more of a teaser than anything else. Now keep in mind that the Cluck Yegger scene you are about to see is actually a fully functional mini game. There is a lot more that you can do in this part of the game that is fully functional, that won’t be demonstrated in the video.

And here is a little photo to compliment the video: 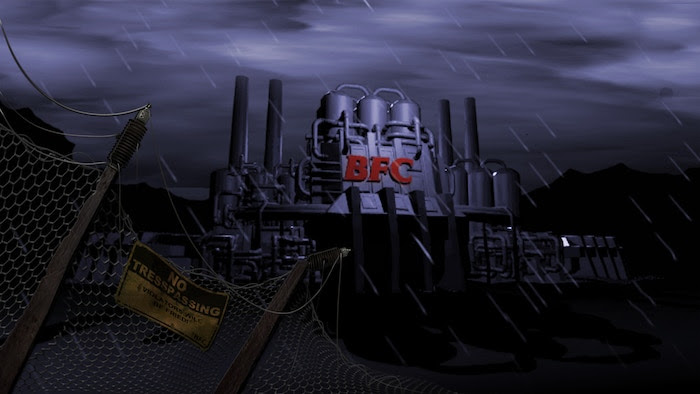 Here is a photo of another scene from the Cluck Yegger mini game/virtual reality experience: 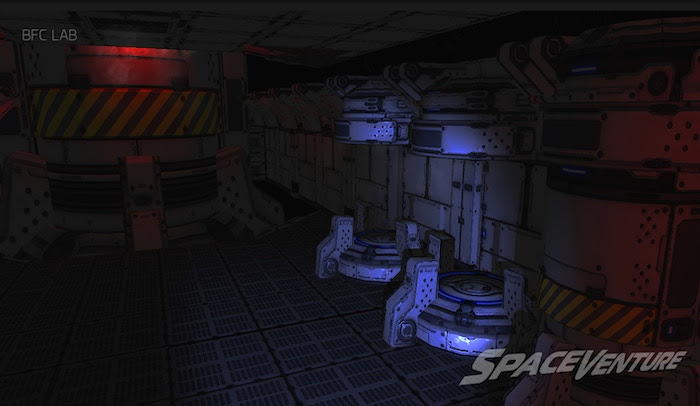 In the last update we gave you a peek at the Andromecon Centari Center exterior scene. It was in a very early stage. Below is the updated scene. Keep in mind it is still a work in progress, but here is how it’s looking now: 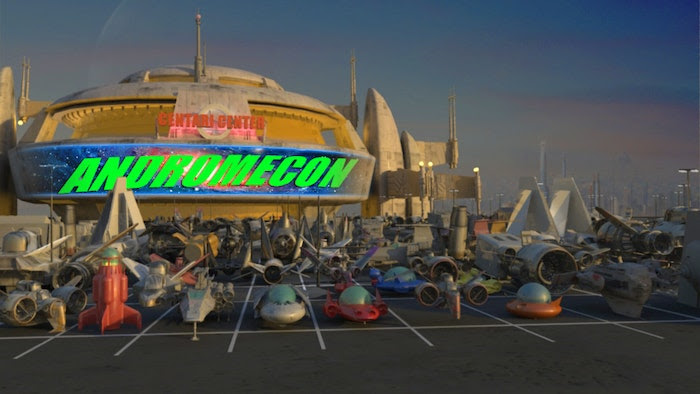 Below is a test video of Rooter exploring the Andromecon convention floor. This scene still has a good deal of work to go, but we thought you all might enjoy a quick look at how it’s coming along.

We also previously gave you all a look at the exterior of our SciFi fast food joint, Taco Nova! Well now you can have a look at the interior. The artwork for this scene is not polished yet, but you should be able to see how well it’s coming together. 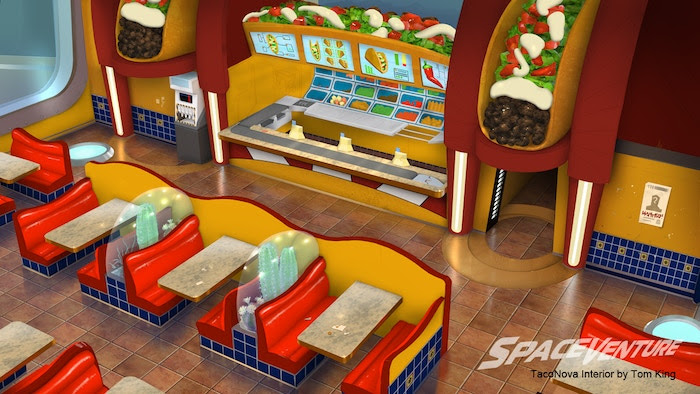 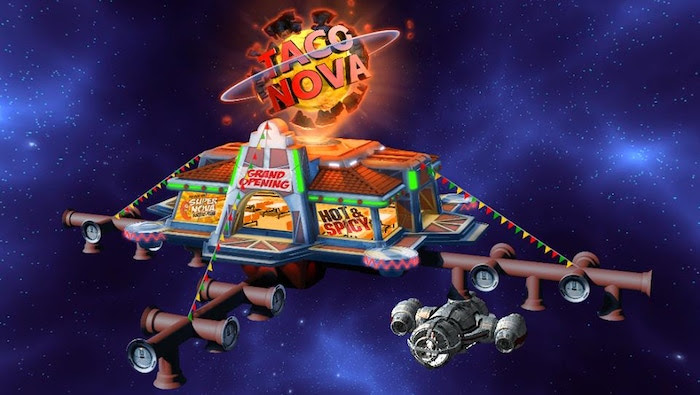 This is a character that has been planned for the game since the beginning. She has a very big part in the SpaceVenture story. Her name is Veronica7. Have a look at her below:

LANDING ON THE SCRAPYARD

We’ve shown you a good deal of progress within the “Scrapyard”, but how about a little clip of docking in the Garage?

How about a look at some concept art? This is an early look at Nurb’s bar. You should be able to get a good feel of the layout. I’ll be showing you a completed version of the scene in the future.

And here is concept art for a scene that I’m not allowed to give any details about whatsoever. Make of it what you will 😉 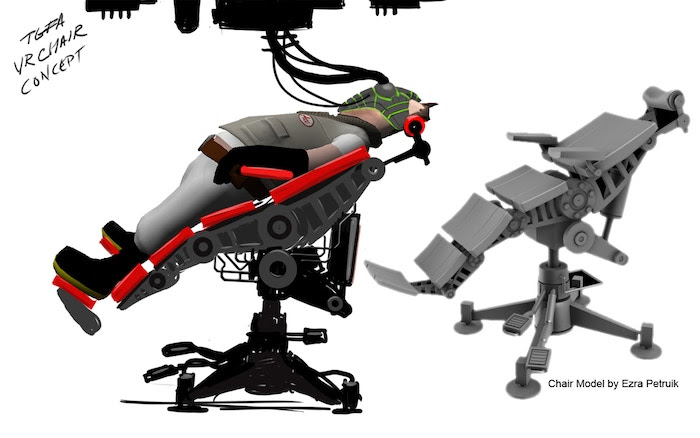 If you haven’t already heard, our friends Corey and Lori Cole(creators of the Quest for Glory series) are launching another Kickstarter to help push them over the finish line. They are aiming for May 12, so keep an eye on their Kickstarter page for details. 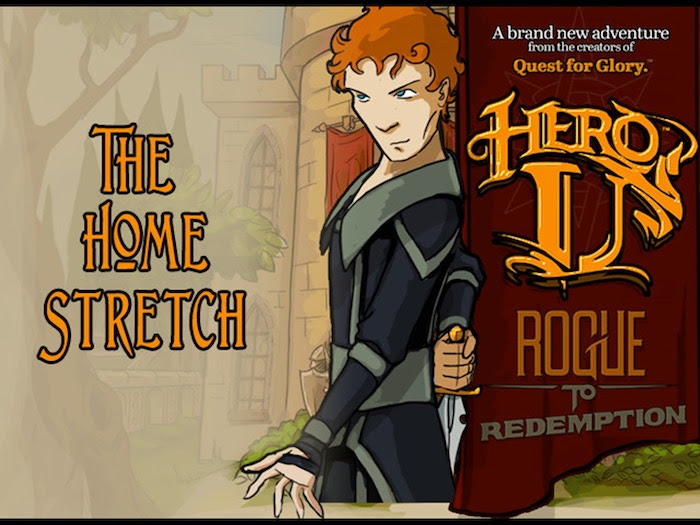 PS- Some of my fellow Space Quest fan friends created a fun little adventure game called “Late Last Night”. Check it out if you have a moment 🙂 Link: http://gamejolt.com/games/adventure/late-last-nite/59209/