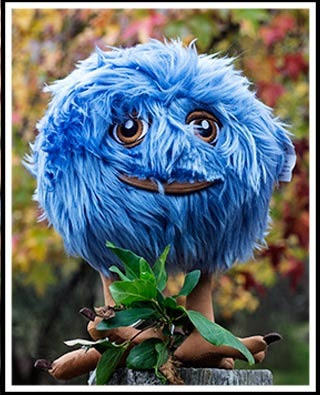 Next week is Thanksgiving. In America, this is a time to sit down together with family or friends to indulge in serious feasting. Turkey with dressing and cranberry sauce, spiral cut ham, mashed potatoes, and pumpkin pie are among our favorites. My birthday falls on or near Thanksgiving each year, so I’ve adopted pumpkin pie (with oodles of whipped cream) as my preferred “birthday pie”.

As (nominally) adults, we’ve maintained and extended the tradition of Thanksgiving revels by inviting friends over for an extended weekend of role-playing gaming. We’re looking forward to a great one this year.

Giving Thanks to You

Thank you very much for your continuing patience and support as we continue to add dialogue and other content to Hero-U. We couldn’t do this without your support.

We’d like to help you with holiday gift-giving, so we have lowered the prices on all Hero-U collectible merchandise by $5. We’ve also added a holiday special – the awesomely cute toy Meep along with a Hero-U keyring – at an additional $5 discount (limited to the first 100 orders). Quantities on t-shirts and baseball caps are extremely limited. When they go, they’ll be gone for good. 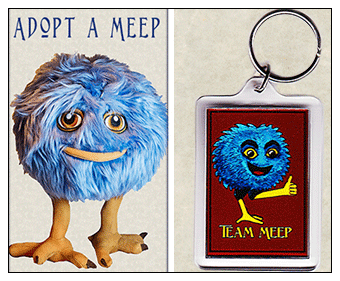 Visit http://www.hero-u.net/hero_u_collect.html to take advantage of our Holiday Special discounts. Friends DO give their friends Meeps.

Of course, Hero-U: Rogue to Redemption preorders also make great gifts for your game playing friends. Our preorder store is http://www.hero-u.net/hero_u_preorder.html. Every preorder helps us polish and improve the Hero-U experience.

Today marks the two-year anniversary of the Hero-U: Rogue to Redemption funding campaign on Kickstarter. We’ve gone through many changes since then. Our original delivery estimate of October 2013 proved to be ridiculously optimistic. We based it more on the amount of time we could pay the team based on the Kickstarter contributions than on the actual requirements of building a unique new game. At that time, it didn’t occur to me that we could use a combination of Kickstarter and other funding sources for the game.

I have resisted posting a new release date because we have had so many unknown factors, each causing more delays. Now that we are at 90% complete on art and music, and making good progress on the game writing, Lori and I have committed to a release date of Oct. 15, 2015. So, yes, two years into a one year project, we have exactly as much time remaining as I originally estimated the whole project would take. Project estimation is evidently not my top skill.

Actually, it’s that the project is not what we thought it would be when we began the Kickstarter campaign. However, the real issue turns out to be in the work Lori and I are doing, which in turn involves some promises we made during the campaign.

We promised that Hero-U would be a game in which relationships are critical, story comes first, and that the game would support multiple styles of play. Those were some pretty big promises, and they are proving very difficult to fulfill. The events in Shawn’s dorm room took almost two months to write and script, adding a number of improvements and new features to the Composer scripting tool as we discovered the need for them. The Rogue Classroom has taken about a month. Fortunately, those are the two most dialogue-intensive scenes in the game.

We expect to complete the writing and scripting in 4-6 months. We will need another 1-2 months to finalize and tune the combat system. Originally I planned on a 1-2 month testing period. However, now that we have a better idea of the scope and complexity of this game, we know that it will need much more testing than that. After much discussion and creating a “backwards calendar”, Oct. 15, 2015 stood out as the achievable delivery date for the game. 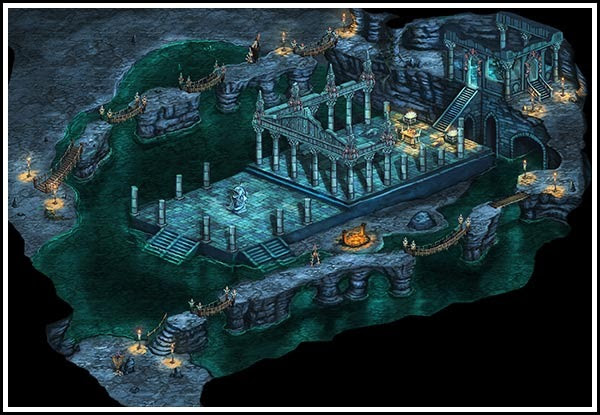 Gog Temple in the Sea Caves

Our favorite adventure game designer is Ron Gilbert, lead designer of Maniac Mansion and Secret of Monkey Island among other awesome games. A key collaborator on those and other great LucasArts games was Gary Winnick.

Monkey Island might just be the best adventure game ever written, so it’s pretty exciting news that Ron and Gary are running a Kickstarter for a new retro-style 2D adventure game. Two days into the campaign, it’s already halfway to the goal, so we’ll get to play a new Ron Gilbert adventure in 2016! You can support Thimbleweed Park at https://www.kickstarter.com/projects/thimbleweedpark/thimbleweed-park-a-new-classic-point-and-click-adv.

Megara Entertainment, creators of the Arcana Agency game books, are developing a board game based on the Lone Wolf game books. This project is also halfway to its goal and has a good chance of success. Lone Wolf uses stand-up cardboard figures and appears to be a fantasy war game on a board. If you enjoy imaginative board games, visit https://www.kickstarter.com/projects/1615043334/lone-wolf-the-board-game to help them make this game.

Late to the Party (https://www.kickstarter.com/projects/pyrodactyl/late-to-the-party-a-cold-war-espionage-rpg-in-the) is a Cold War period spy RPG by the makers of Unrest (https://www.kickstarter.com/projects/pyrodactyl/unrest-an-unconventional-rpg-set-in-ancient-india). The latter is an ambitious project based on the traditions and mythology of India. I supported that project, and the resulting game is interesting, unique, and fun.

Have you seen a Kickstarter or Indiegogo project that Hero-U backers would enjoy? Join the discussion at http://www.hero-u.net/forum/viewforum.php?f=6 to share it with everyone.