Hey everyone! It’s time to get caught up on some of the goings-on within the SpaceVenture project! We’ve had a pretty eventful last couple of months as we have worked out the majority of the bugs we were having with the first third of the game along with moving into newer territory with the rest of the game.

AN INTRODUCTION TO A NEW CHARACTER

Meet, Url (Pronounced as Earl). This little fella is someone you’ll come in contact with during your time at Nurb’s Landing. The concept art you see below was sketched by Mark Crowe, and we have a 3D model of him that is currently in progress. 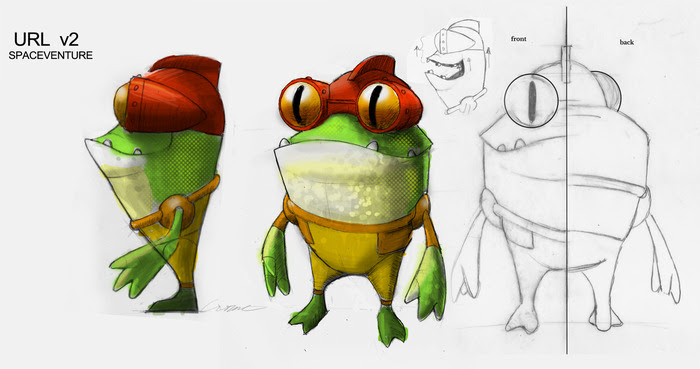 A LOOK INTO THE SCRAPYARD

So we’ve told you since the beginning that Ace has a friend named “Scraps”, who just so happens to own a scrapyard. A decent little chunk of the middle of the game will include some time well spent in this area. In fact, without spoiling much, I’ll confirm that you’ll need to piece together some pretty important items using some of the objects you’ll find there. The polished artwork for the scrapyard scenes are still a work in progress, but I did want to show you some of the concept art. 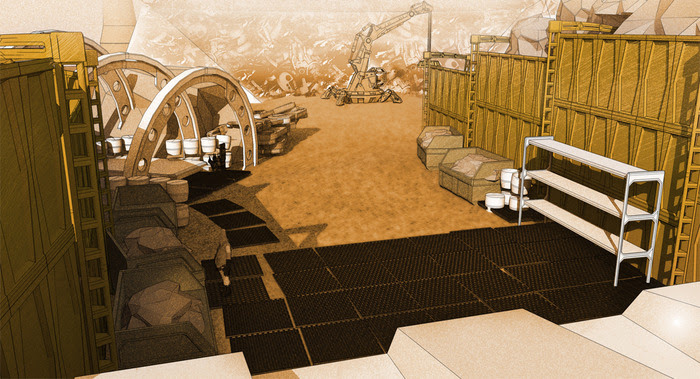 Want to take a closer look at that crane you see off in the distances? 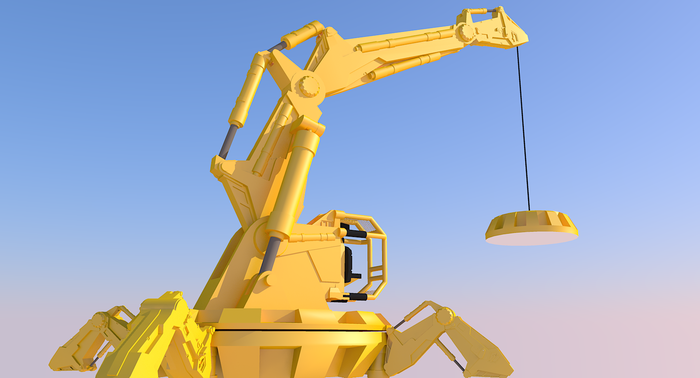 Does this crane model remind you of something you might have seen in a Sci-Fi movie from your past? If it doesn’t, it might be time for you to get caught up on some 1980’s Sci-Fi flicks!

Probably one of the most exciting things I get to share with you all during this update is the fact that we’ve made some big leaps forward in terms of how the navigation of Ace’s ship works. Whether you’re a fan of taking matters into your own hands, or your less inclined to anything that remotely resembles an arcade sequence in an adventure game, we’re gonna have you taken care of.

Last time you saw this garage, it was empty, but not anymore!

Here is a screenshot of Ace’s ship coming in for a landing. 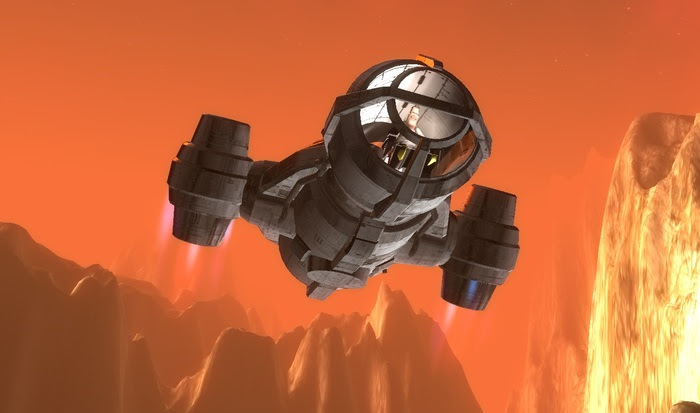 And here is a video of the landing/takeoff of Ace’s ship!

And lastly, this is how things look while navigating Ace’s ship through space!

Let me also say that all of these videos are still considered early testing of controlling Ace’s ship. Things can and probably will change. Let me reiterate to you out there that will be concerned about arcade type sequences in SpaceVenture, there is nothing for you to worry about. We are working on a great balance for the game.

As for the release of the game goes, things are still on track for 2015! I’ll give more info on that as I have it in a future update.

Some of you backers out there qualify for getting to vote on some of the game’s artwork. We aren’t gonna set an exact date on that just yet, but I did want you to know that it’s coming up. Be on the lookout for a future update mentioning how this is all gonna work! 🙂

The universe might implode at the sheer awesomeness of having three illustrious fan game developers, Guy From Andromeda Mark Crowe, SpaceVenture composer Ken Allen and Westwood composer Frank Klepacki all in the same podcast episode. But that’s exactly what’s happening here. Get ready for two hours of pure unadulterated nerdy space fun as we take a closer look at three retro style fan games — The Lost Chapter, Replicated and Decision of the Elders — complete with commentary by all three developers, along with some added incentives to play Replicated by our resident Professor Jess. Serena Nelson gives her lowdown on her favorite supporting character, and Mark Crowe talks about the inspiration behind Roger’s crew in Space Quest V. There’s also more fun to be had at Priapic Mountain Games’ CEO, Pete Toleman, and Josh Henry continues his epic fan fiction tale “Quest for the Two Guys From Andromeda.” And, as a special treat, our music pal Ken Allen sits down for a chat with the composer for Westwood’s Legend of Kyrandia and Command & Conquer series, Frank Klepacki. 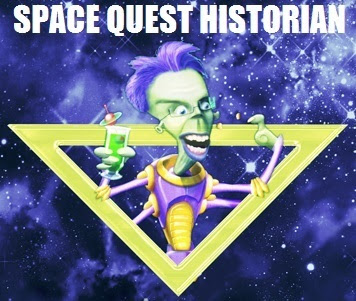