One year has passed since we posted the Hero-U: Rogue to Redemption Kickstarter project. Ten months since we received the proceeds. Originally we listed Oct. 2013 as the Estimated Delivery date. I’d like to talk a little about the scheduling and budget process and bring everyone up to date on the Hero-U project.

Before I dig into the details, here is the “too long, didn’t read” version: Lori and I remain 100% committed to delivering Hero-U: Rogue to Redemption to all of our backers and to the market. The game development is far behind schedule, but we are completely confident that we can and will finish it. Hero-U will look outstanding and will be as fun to play as we can make it. Based on past fan feedback, I think most of you will find that to be very fun, indeed. 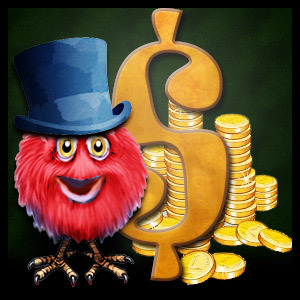 A Kwirk and His Money

This Update is partially a response to a project comment that said, “I assume the project’s not going to hit the October deadline…” Quite correct, up until the last word. The phrase on Kickstarter means exactly what it says, “Estimated delivery.” It’s more of a guideline than a deadline. However, the comment makes a good point – It’s time for a full Hero-U status update.

Based on what we knew at the time of the Kickstarter, October 2013 seemed like a reasonable estimate. There were actually four reasons for an October shipment date:

Our Current Plan and Progress

Planning a Kickstarter-based project is hard. You have to guess where to set the goal and what you will actually receive. Lori and I started working on Hero-U in July of 2013. Based on our past projects and those of Brawsome, I came up with a pretty good estimate of the project’s cost. There was only one problem – It came out to $550,000 and we knew it would be very hard to raise that much on Kickstarter. We instead set our goal at $400,000 and successfully closed at $409,150. This makes us #81 on the list of “Top 100 Crowdfunded Companies” according to Entrepreneur Magazine, but it is a fraction of the budget of any of our previous games.  We added another $23,000 via PayPal.

After funding costs and rewards we’ve promised to backers, $275,000 of the $432,000 gross became available for the actual game development. Coincidentally, that’s almost exactly one-half of my original estimate. At a full burn, we would have run out of money about four months ago, and we would have about one-quarter of the game complete.

I chose a different route, developing the game more slowly while we worked out the technology, visual look, and the game design. There were many bumps along the way, but we now have a clear vision of how we will develop the rest of the game. 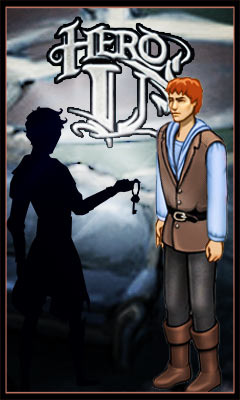 Shawn O’Conner – Then and Now

We have promised our backers a great game, and we will deliver it. We take our commitments and our craft very seriously. But how could we do that with half our planned budget?

Step one was to realize that we did not have to live within the Kickstarter budget – It is a “starter”, not an upper bound. I spent a great deal of time working with one of our backers on a possible “media investor” deal, but the numbers were impossible. The game would have to become an indie bestseller to make enough to continue the Hero-U series, and nobody can predict a bestseller.

Instead, Lori and I decided to self-fund the game by means of a personal home-equity loan. We will use that to pay our living expenses so we no longer need a salary, and we will fund other costs out of our “pocket”. Some say this is a big risk – We might lose our home. We see it as much less of a risk than promising a bestseller that we can’t guarantee.

Several of our developers have also agreed to defer some or all of their contract income until after we release Hero-U. They are equally committed to making sure that we complete the game and that it meets our high standards. We love our current team and are very excited about the work we are now seeing from them.

We are still short of the original $550K budget, but we are buying a lot of time this way, time we will use to create the combat test, much more art, and a substantial part of the game. If we need funding at that point, we will have many more options because we will have more to show. We can offer Humble Store pre-orders and Steam Early Access, apply for a small business loan, do a supplemental crowdfunding campaign, etc.

We have had many unexpected challenges with the Hero-U project, and not all of our development decisions have turned out well. However, none of those problems were disastrous, and we are now making good progress. Lori and I are just as committed to making a great game as when we first proposed Hero-U. We are now in solid financial shape and we have a much clearer road map towards completing the game. We hope that all of you will remain understanding about the incredible challenges of independently developing a high-quality game.

You may have wondered why Lori and I decided to make a new game 15 years after Quest for Glory V. A lot of the credit for that belongs to Oded Sharon of Adventure Mob in Israel. Late in 2011, Oded talked to Noah Falstein about helping him find an experienced adventure game design consultant. Noah introduced us to Oded and we started work on the game that became Bolt Riley. We helped with the overall design structure and wrote the puzzles and dialogue for about one-third of the full game.

Bolt Riley is the story of a young man growing up in a very poor section of Kingston, Jamaica. He loves music, especially the Reggae sound, and wants to become a singer. In the game, you will play Bolt and help him discover the inspiration he needs to write great songs and put together a talented group of musicians.

Alas, Adventure Mob’s publisher deal for Bolt Riley fell through, and they had to suspend development on the game. They were also very busy at that point with another project – The prototype that Replay Games used to launch the Leisure Suit Larry: Reloaded Kickstarter. Lightning struck a second time when Replay cancelled the deal with Adventure Mob, and the company went on hold for a year.

Oded also worked hard to convince Lori and me that we should run a Kickstarter. He helped us understand how crowdfunding campaigns work. Oded also introduced us to Chris Pope of the SpaceVenture project. Between them, they convinced us that it was time to throw our hats back into the ring and make a new game.

Back in 2012, Kickstarter only allowed U.S. companies to create funding projects. Now that they have opened their doors to more of the world, Oded Sharon and Adventure Mob are able to seek the additional funding they need to complete Bolt Riley, including Lori’s and my section of the game.

Oded is looking for $120,000 to finish the game development. With a substantial portion of the art, programming, and music for the game already complete, this seems realistic. Lori and I hope that many of our backers will check out Bolt Riley and help support the project. We’re especially hoping that someone will choose the $10,000 tier that will result in us getting to visit Israel for the first time.

You can find the Bolt Riley adventure game project at http://www.kickstarter.com/projects/soundguy/bolt-riley-a-reggae-adventure-game.